The UC Berkeley Library has set up a 60-day trail to all ebook collections and ejournals published by Classiques Garnier Numérique in Paris. Several years ago, the Library purchased perpetual access to several of its databases including Grand Corpus des dictionnaires [du 9e au 20e siècle], Grand Corpus des grammaires françaises, des remarques et des traités sur la langue (XIVe-XVIIe s.), and Corpus Montaigne  but not yet to any of the ejournals or ebook collections.

Since 1896, Éditions Classiques Garnier has been publishing literary works from around the world, French and foreign, ancient and modern, in reference editions. In 2009, under the editorial direction of Claude Blum, the independent publishing house expanded the scope of its publications to all areas relating to literature and social sciences: editing studies and essays in the leading fields in French and foreign literature, linguistics, history, art, music, law, economics and social sciences. The quantity of the signature yellow-bound paperback books in Berkeley’s collection is extensive. The journals we currently subscribe to in print include La Lettre clandestine, Revue d’Histoire et de Philosophie religieuses, Cahiers Octave Mirbeau, Revue Nerval, Bulletin de la Société Paul Claudel, and Constellation Cendrars. Ten of their journals, including Revue d’histoire littéraire de la France, are partially archived in JSTOR but not all available to UCB.

Access to more of the digital content from this publisher would greatly enhance our electronic holdings and expand the accessibility of content in French.  Please give it a try before January 15, 2022 and let me know if you’d like to recommend any titles or collections we might put on our wish-list. 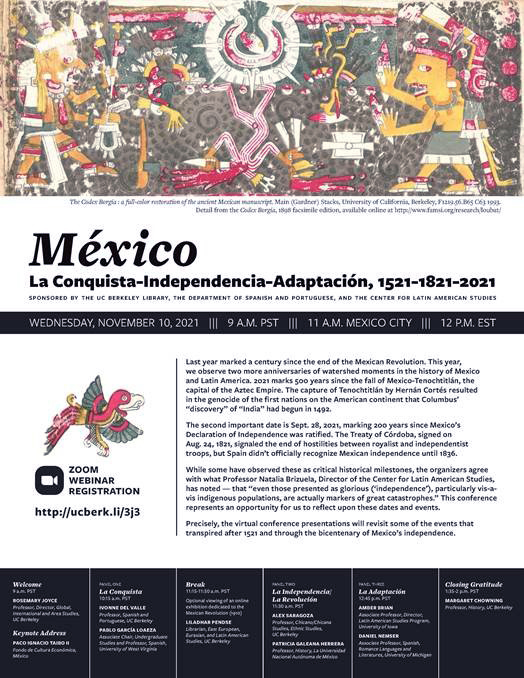 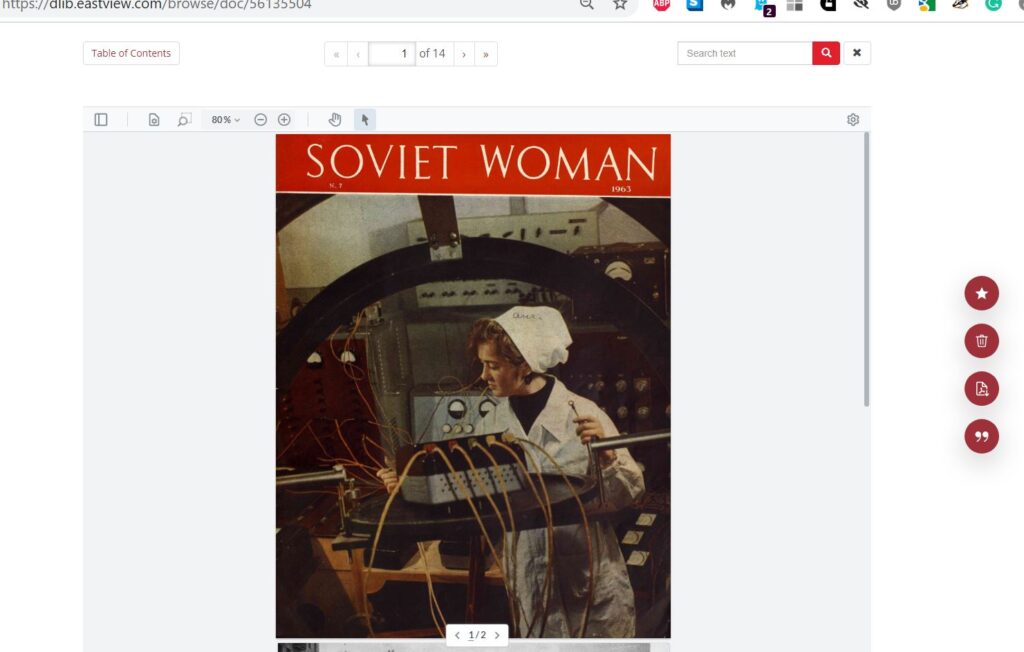 Posting on behalf of our colleagues at LC (Lupita Partida, Herman Luis Chavez and Dani Thurber), I posting these as we mark Latinx Heritage Month! Kudos to my colleagues for preparing these informative podcasts! Enjoy!

The source of information is the email sent by our LC colleagues:

To listen to upcoming episodes, refer to the release schedule below and visit the La Biblioteca Podcast website or page on the Latinx Civil Rights Research Guide for more information, including guest bios and links to Library resources referenced on the episode. 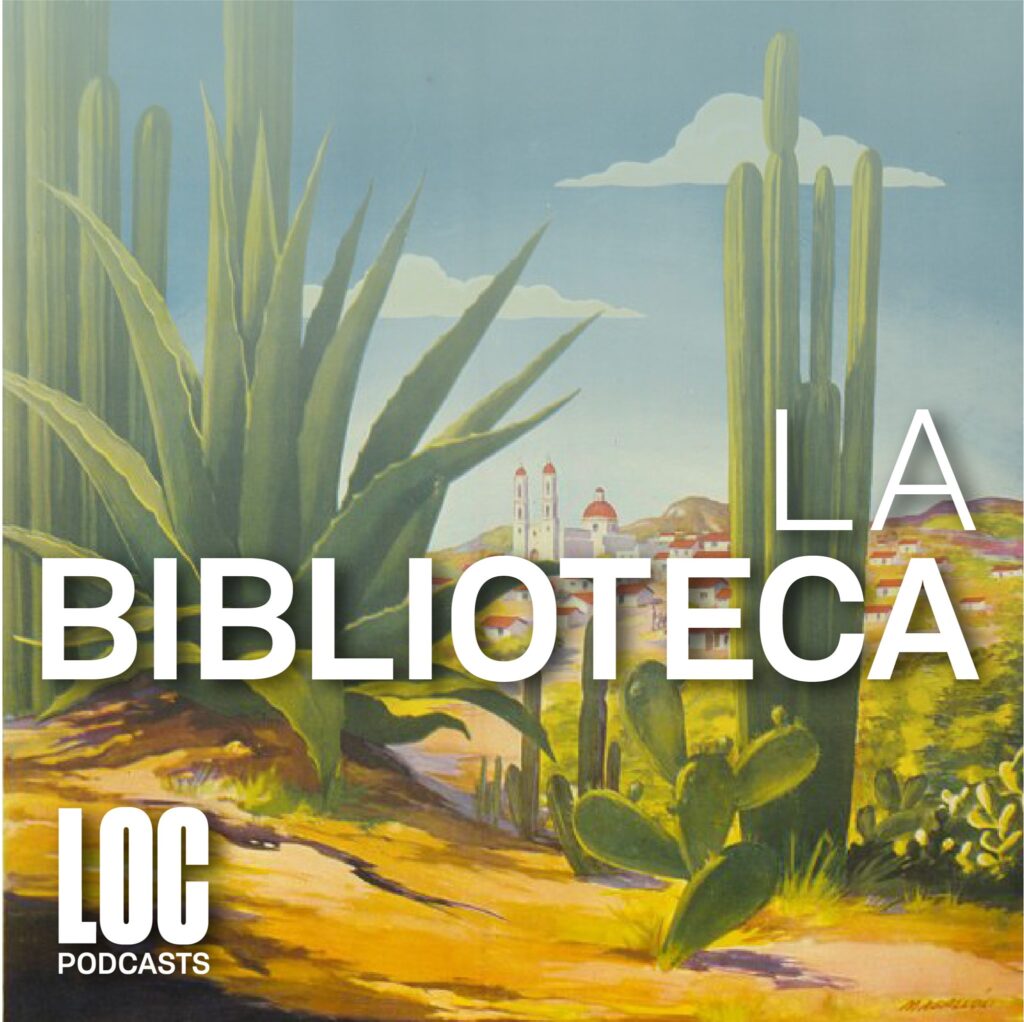 You can also find more information on this new season on the following sites:

The Library has added more than 1,600 new ebooks to its collection in OpenEdition. Since 2014, we’ve been supporting this initiative based at the Université d’Aix-Marseille to open scholarly content from Europe and France in particular to the world. The Fremium program allows the UC Berkeley community to participate in an acquisitions policy that both supports sustainable development of open access (OA) and that respects the needs of teaching, research and learning communities. With our participation, Berkeley researchers and students benefit from greater functionality while making it possible for anyone in the world to view in html and in open access 70% of the ebook catalog of nearly 12,000 titles.

Afghanistan: At the Heart of the Silk Roads

Register for the virtual talk here

This talk aims to counterbalance the popularly imagined Afghanistan—filtered by the mass media through the lens of terrorism and war— as a barren and backward place. Instead, presenting a place that lies at the heart of vibrant, millennia-old regional and international trade and exchange networks, with a culture not only rich but richly diverse, not isolated and insulated but deeply and complexly engaged with other cultures near and far. 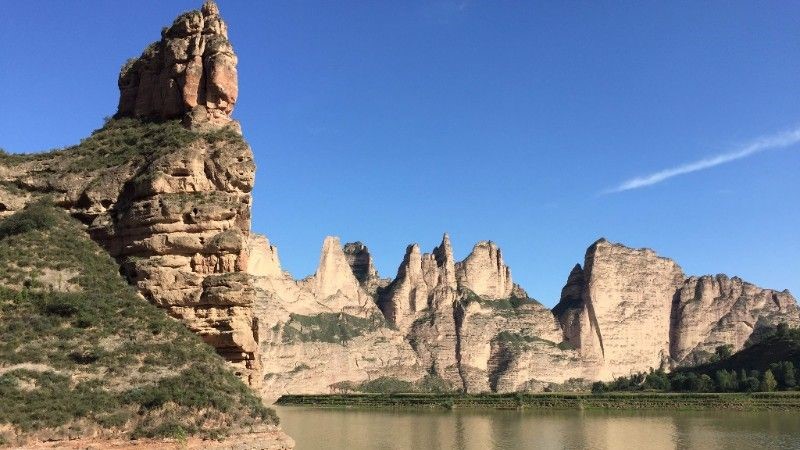 Sanjyot Mehendale received her B.A. (Art and Archaeology) from the University of Amsterdam and her M.A. (Art and Archaeology) from the Rijksuniversity of Leiden, The Netherlands. She obtained her Ph.D. (Near Eastern Studies) in 1997 from the University of California at Berkeley. Since 1997, she has been teaching Central Asian and Silk Roads art and archaeology in the Department of Near Eastern Studies at Berkeley. From 2001-2005, she was the co-director of the Uzbek-Berkeley Archaeological Mission (UBAM). During the same period, she was Executive Director of the Caucasus and Central Asia Program. Among Dr. Mehendale’s main research concerns is a focus on the Kushan period, in particular on trade and cultural exchange and the relationship between Kushan kingship and Buddhist institutions. A recipient of a National Endowment for the Humanities Fellowship, she has developed, in collaboration with the Electronic Cultural Atlas Initiative, a digital archive of the Begram ivory and bone carvings, which were once housed in the National Museum in Kabul, Afghanistan (www.ecai.org/begramweb). The author of several articles on Silk Roads art and archaeology, she is the co-editor of Central Asia and the Caucasus: Transnationalism and Diaspora (Routledge, 2005). At Berkeley, Sanjyot Mehendale is Chair of the P.Y. and Kinmay W. Tang Center for Silk Road Studies and Vice-Chair of the Center for Buddhist Studies.

As a co-organizer of the event that is related to the DEIB work, I would like to invite you to attend the following event, “Ancestors and Archives online workshop,” on October 20, 2021. Please register using the link below. Please feel free to share this event with your respective professional lists. 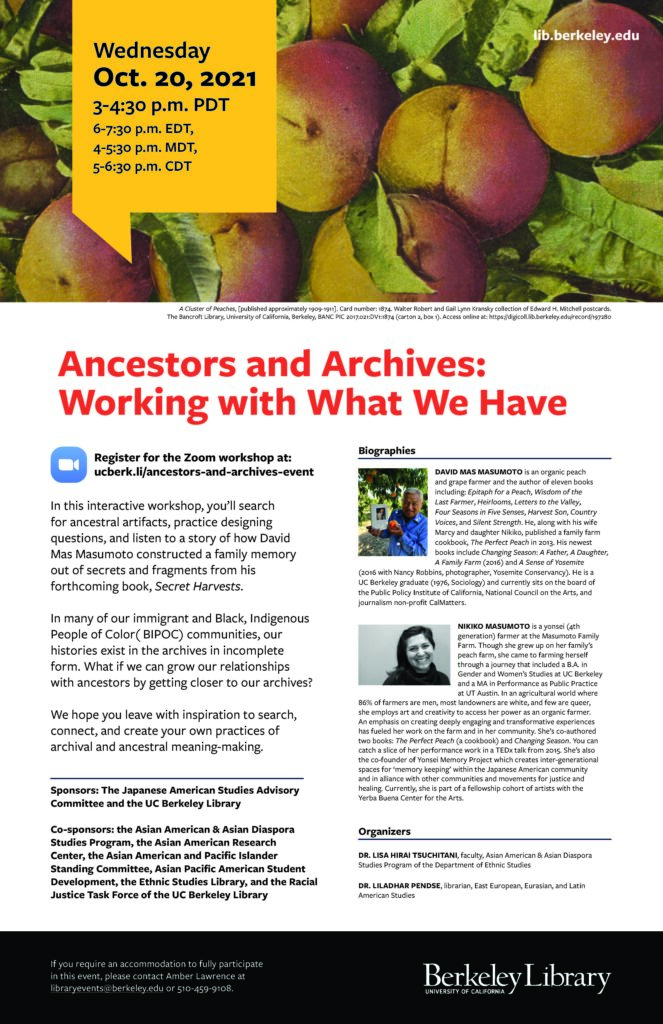 The resource can be accessed here. If you are accessing it from an off-campus location, please use proxy or VPN authentication.

The database self-description is as follows, “This resource provides insight into the efforts of the Executive Branch of the U.S. government to reach out to the burgeoning Latino population during the last two years of the Carter Administration. Major topics covered in this collection include inflation, bilingual education, police brutality, political unrest in Latin America, Haitian refugees and immigration (legal and otherwise), Puerto Rican self-determination, and the U.S. Navy’s use of Vieques Island. Latino Civil Rights during the Carter Administration also documents some of the most critical Latino organizations of the time, including LULAC, TELACU, La Raza, the Puerto Rican Legal Defense, and Education Fund, the Mexican American Legal Defense, and Education Fund, and the American G.I. Forum.

My colleague, Hilary Schiraldi has set up a 30 day trial of the Rand State Statistics Database. Although not technically related to Slavic, East European, or Latin American Studies, as a librarian who provides reference services to our users, I find a great value in exploring different databases. I invite you to utilize this opportunity to try out Rand State Statistics Database. Please use your proxy or VPN if you are accessing it from an off-campus location! Explore! Browse! Enjoy!