The Bancroft Library has recently completed the digitization of nearly 150,000 items related to the confinement of Japanese Americans during World War II as part of a two-year effort to select, prepare, and digitize these primary source records as part of a grant supported by the National Park Service’s Japanese American Confinement Sites Grant Program. This program helps to support the preservation and interpretation of U.S. confinement sites where Japanese Americans were detained during World War II. This recent project, The Japanese American Internment Sites: A Digital Archive, represents our fourth grant from this program, which together have culminated in over 530,000 primary resource materials being made available online.

The project focused on the U.S. War Relocation Authority (WRA) files from the Japanese American Evacuation and Resettlement Records (BANC MSS 67/14 c). The WRA was created in 1942 to assume jurisdiction over the incarceration of Japanese Americans during the war. Between 1942-1946, the agency managed the relocation centers, administered an extensive resettlement program, and oversaw the details of the registration and segregation programs. These newly digitized records from the Washington Office headquarters and the district, field, and regional offices, formally document WRA management of internment of Japanese Americans in “relocation” centers and resettlement of approved individuals under supervision in the eastern states. Digitized materials document the registration of individuals; disturbances such as strikes; policies and attitudes; daily life in the camps including educational and employment programs; correspondences and other writings by evacuees; Japanese American service in the armed forces; and public opinion.

Since 2011, the Bancroft has been awarded four grants from the National Park Service’s Japanese American Confinement Sites Grant Program. The previous grants have digitized records from the Japanese American Evacuation and Resettlement Study and archival collections selected from individual internee’s personal papers, photographs, maps, artworks, and audiovisual materials. The Bancroft’s Japanese American Evacuation and Resettlement: A Digital Archive website (http://bancroft.berkeley.edu/collections/jacs) brings together all the digitized content and the recently published LibGuide (https://guides.lible.berkeley.edu/internment) that explains how to use and access these collection resources.

As we now embark on our recently awarded fifth grant from this program, we look forward to bringing even more collections online to support researcher access. We are honored and grateful to be able to make these important resources available to help interpret this period in American history and to preserve them for future generations.

The project was led by digital project archivist Lucy Hernandez and principal investigator Mary Elings, Assistant Director of Bancroft and Head of Technical Services. Special thanks to Julie Musson, digital collections archivist at Bancroft and Jennafer Prongos, BackStage Library Works technician for their work on this project, as well as support from Theresa Salazar, Bancroft curator of Western Americana. Many thanks to the Library Information Technology group at the University Library for their work in managing the files, maintaining the information systems used in the project, and ensuring the publication and long term preservation of the digitized collections through our partnership with the California Digital Library.

This project was funded, in part, by a grant from the U.S. Department of the Interior, National Park Service, Japanese American Confinement Sites Grant Program. Any opinions, findings, and conclusions or recommendations expressed in this material are those of the author(s) and do not necessarily reflect the views of the U.S. Department of the Interior.

We all feel our wings are clipped this holiday season, but you can enjoy a tour around turn-of-the-century California, journey up the Pacific Coast, around the American West, or even visit Hawaii and the Philippines, thanks to newly published content on the Berkeley Library’s Digital Collections site.

Over 10,000 postcards issued by San Francisco publisher Edward H. Mitchell, circa 1898-1920, are now online. This nearly-comprehensive collection was compiled over many decades by Walt Kransky, who generously donated it to The Bancroft Library. Walt’s website has been the go-to site for collectors interested in Mitchell cards; there he compiled a checklist of all known Mitchell postcards, whether he owned examples or not. And he did own the vast majority!

Must-see tourist sites from Yosemite to Southern California beaches and the mountains and forests of the Northwest are in abundance, but so are local industries, agriculture, and countless examples of small town pride.

There is quite a range of court houses, schools, asylums, and even irrigation works on view.

Period humor, for better or worse, is a recurring feature.

In addition to great images, Kransky’s Mitchell collection provides insight into the business of early postcard production. This was a new form when 1898 “Private Mailing Cards” were first issued as  “authorized by act of Congress.”

Walt Kransky arranged his collection by back type and imprint style and he collected duplicates of given images in all their various styles of presentation. This variety, all from a single publisher, offers great opportunity for scholarship and close studies of visual culture early in the 20th century.

So, whatever your interest, make a cup of cocoa and enjoy an armchair tour, courtesy the Walter Robert and Gail Lynn Kransky collection of Edward H. Mitchell postcards at The Bancroft Library!

Many Library staff collaborated to bring this collection online. Bancroft curatorial and acquisitions staff worked with the donor to preserve this collection at Berkeley, and hundreds of hours of work on descriptive data and inventory alignment were carried out in Bancroft Technical Services’ Pictorial Unit. Library Imaging Services created the thousands of high resolution scans, and the descriptions and images were linked together and brought online through the efforts of Library IT. Most importantly, thanks are due to Walt and Gail Kransky for their generosity, his decades of collecting, and the years of expertise he committed to documenting his collection. 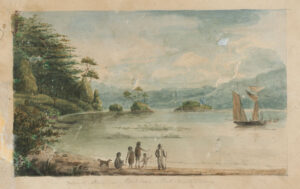 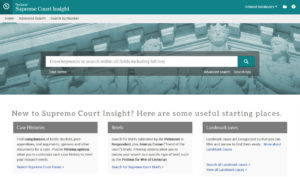 ProQuest Supreme Court Insight includes full opinions from U.S. Supreme Court argued cases, including decisions, dockets, oral arguments, joint appendices, and amicus briefs from 1975-2017. (The database is still being built, so all dates are not yet covered.) 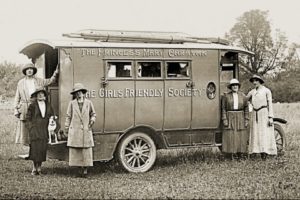 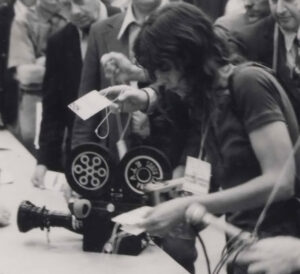 For the last few years, the UC Berkeley Art Museum & Pacific Film Archive has been digitizing paper records and almost 450 camera-original open-reel videotapes from Top Value Television (TVTV), a 1970s “guerrilla video” collective based in the Bay Area and later Los Angeles. Highlights from the papers and all the raw footage that was digitized is now available on an interpretive website for the project. 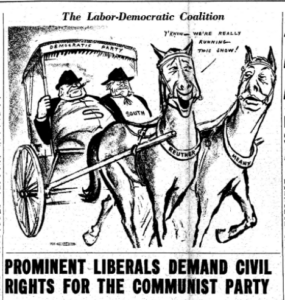 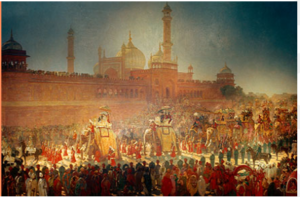 Area Studies: India is a platform for a wide range of digitized archival collections.

India from Crown Rule to Republic, 1945-1949: Records of the US State Department

Pakistan from Crown Rule to Republic: Records of the US State Department, 1945-1949