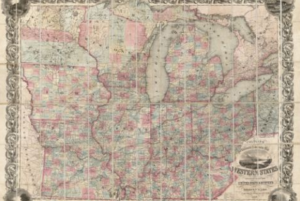 Through March 11 the Library has access to the Maps and Travel Literature module of Nineteenth Century Collections Online. You can access it with the proxied link for all NCCO collections and click into the Maps & Travel section or use this link to go directly to the collection. 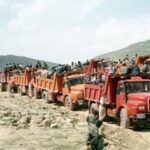 Border and Migration Studies Online is a collection that explores and provides historical background on more than thirty key worldwide border areas. Featuring at completion 100,000 pages of text, 175 hours of video, and 1,000 images, the collection is organized around fundamental themes associated with border and migration issues, such as border identities, sea migration, maritime borders, etc.

Immigration Records of the INS: 1880-1930 covers the investigations made by the Immigration and Naturalization Service (INS) during the massive immigration wave of 1880-1930. The files cover Asian immigration, especially Japanese and Chinese migration, to California, Hawaii, and other states; Mexican immigration to the U.S. from 1906-1930, and European immigration. There are also extensive files on the INS’s regulation of prostitution and white slavery and on suppression of radical aliens.