Introduction to Zotero will be offered on Wednesday, September 14 at 10:10, 12:10, and 4:10. This is a 50-minute workshop offered via Zoom.  Intended for new or potential users of Zotero, it explains the features of the citation manager and covers how to import different types of items into your Zotero library and methods for exporting bibliographies into Word or Google Docs.

The Library attempts to offer programs in accessible, barrier-free settings. If you believe you may require disability-related accommodations, please contact me (Jennifer Dorner) at dorner@berkeley.edu.

The Bancroft Library has updated its website with links to online presentations of most of the past Bancroft Roundtable events.  These include:

Documenting the Japanese American Incarceration Through Narratives and Data

In person and online: ucberk.li/bancroft-symposium

The event is posted in the UC Berkeley Events Calendar here.

This session explores the Oral History Center’s ongoing Japanese American Intergenerational Narratives Oral History Project that documents and disseminates the ways in which intergenerational trauma and healing occurred after the U.S. government’s incarceration of Japanese Americans during World War II. This project examines and compares how private memory, creative expression, place, and public interpretation intersect at the Manzanar and Topaz prison camps in California and Utah. This panel will include discussion with interviewers, and it will feature conversations with a clinical psychologist and specialist in intergenerational trauma who advises on the project and leads healing circles for narrators, as well as a narrator who was interviewed for the project.

This session brings together two in-process projects that are working to encourage computational and ethical access to collections and data. Presenters from The Bancroft Library and Densho will discuss their projects related to records surrounding the forced removal and incarceration of 120,000 persons of Japanese ancestry during World War II. The intersectional and positional work of these projects highlights the importance of building new partnerships outside of the archives to create new content and implement community co-curation models to support on-going inquiry, knowledge-building, and exploration around this topic, with implications for vulnerable communities today.

These events will be recorded.

Funding for this event was made possible, in part, by grants from the U.S. Department of the Interior, National Park Service, Japanese American Confinement Sites Grant Program and The Henri and Tomoye Takahashi Charitable Foundation.

Covid Protocols
We ask that participants comply with all health and safety guidelines and protocols recommended by UC Berkeley. This includes wearing a mask while indoors.

If you require an accommodation to fully participate in this event, please contact Amber Lawrence at libraryevents.berkeley.edu or 510-459-9108 at least 7-10 days in advance of the event.

The Library has an ongoing subscription to Accessible Archives, which provides access to valuable newspaper content, county histories, early periodicals, books, and pamphlets. The collections can be browsed or searched (though the search interface is fairly clunky).

The most recent additions to Accessible Archives include: 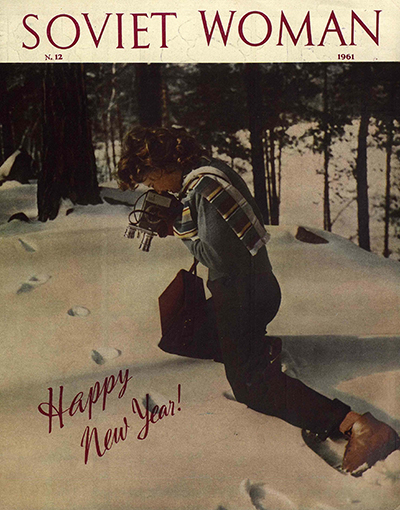 The Library has acquired the Soviet Woman Digital Archive, an online source for the full run of Soviet Woman magazine. 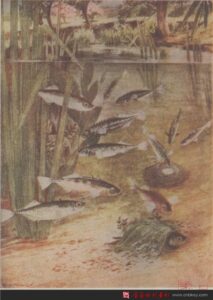 The Library has recently acquired Books of Modern China (1840-1949), 中国近代图书全文数据库, a collection of more than 120,000 Chinese books published in Mainland China. Many of them are unique titles and are only available through this digital collection from the Shanghai Library.

The Picture Gallery of Chinese Modern Literature (1833-1949), 图述百年—中国近代文献图库 contains more than one million images that have been collected from books, periodicals, newspapers, and old photos held by the Shanghai Library.

These resources have been added to the History: Asia guide.

Until April 28, 2022, the Library has trial access to the Mass Observation Project. Launched in 1981 by the University of Sussex as a rebirth of the original 1937 Mass Observation, its founders’ aim was to document the social history of Britain by recruiting volunteers to write about their lives and opinions. Still growing, it is one of the most important sources available for qualitative social data in the UK.

The Mass Observation Project consists of directives (questionnaires) sent out by the Project and the responses gathered.  They address topics such as the Falklands War, clothing, attitudes to the USA, reading and television habits, morality and religion, and Britain’s relations with Europe. Broad themes covered include current events, friends and family, the home, leisure, politics, society, culture and the media, work, finance and the economy and new technology.

Are you a scholarly author interested in publishing a book, but unfamiliar with how to find an editor or press? Have you considered publishing that book open access and want to understand your open access book publishing options?

Springer Nature and UC Berkeley invite you to join us for a virtual panel discussion.

Hear from a panel of Springer Nature Open Access Books Editors in both STM and the Humanities, and a recent author about the process of getting your manuscript published.

You’ll come away from this discussion with practical advice about opportunities at UC Berkeley to publish open access books with Springer Nature, and guidance for submitting and revising your work, writing a book proposal, approaching editors, signing your first contract, and navigating the peer review and publication process.

While the event is focused on supporting UC Berkeley authors, it is open to all, as other institutions may be interested in entering into open access book agreements with publishers.

When: Monday, 14th March 2022; 11am-12:15pm PDT
Where: https://us06web.zoom.us/webinar/register/WN_VhjMRxIhQ3CmhYuPDv0nGw
RSVP: Please click on the link above to register and you’ll receive a Zoom link to join on the day.

Just FYI, here are a few of the UCB authored/edited books made available OA through the agreement so far. There are several more in the works.

Until March 15, the Library has trial access to Black Life in America,  This resource consists of two parts:  BLA (1704-1877):  Arrival in America Through Reconstruction and BLA (1878-1975):  Jim Crow Through Civil Rights. Both series are comprised of articles from over 20,000 mostly American, but some international newspapers about all manner of Black life in America. 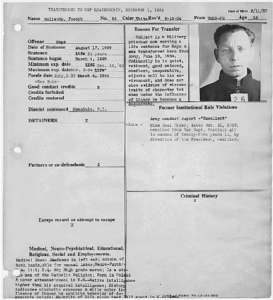 The National Archives and Records Administration recently added new sets of records of digitized items to its catalog.

Warden’s Notebook Pages, 1934 – 1963 (Alcatraz)
These looseleaf notebook pages contain basic summary information about, and an identification photograph (frontal view of face), of each inmate. In some cases collateral material, such as disciplinary reports or news clippings, are also included. Some of the information in these records is incorrect when compared with the more extensive inmate files. Several warden’s notebook pages are not extant, although accompanying disciplinary reports filed with the notebook page are sometimes available. The records were also microfilmed in 1978 by the Bureau of Prisons. The microfilmed version includes some/all of the “missing” original pages. These pages have been printed and interfiled among the original records. The records may be restricted due to privacy concerns. Register numbers 1 through 900 have been screened and are open for research.

Information Cards for Inmates of the Langenstein-Zwieberge Concentration Camp, ca. 1947 – ca. 1947
This series consists an index to inmates of the Langenstein-Zwieberge concentration camp. Each index file includes the inmate’s name, date of birth, nationality, and prisoner number. Files of deceased inmates are marked with a cross. The index, originally created by the German authorities in charge of the camp, is in German.

Intelligence Files, 1946 – 1953
The Intelligence Files include charts, graphs, correspondence, memorandums, reports, and printed materials and is comprised of four subseries. The Central Intelligence Files subseries consists mostly of daily summaries of the military situation in Korea from June 1950 to January 1953, with references to political and economic issues, cease-fire negotiations, and communist propaganda. Also in the subseries are intelligence memorandums concerning Europe, the Truman Doctrine, the Marshall Plan, Israel, Yugoslavia, and China.