Skip to content
The Library has added more than 1,600 new ebooks to its collection in OpenEdition. Since 2014, we’ve been supporting this initiative based at the Université d’Aix-Marseille to open scholarly content from Europe and France in particular to the world. The Fremium program allows the UC Berkeley community to participate in an acquisitions policy that both supports sustainable development of open access (OA) and that respects the needs of teaching, research and learning communities. With our participation, Berkeley researchers and students benefit from greater functionality while making it possible for anyone in the world to view in html and in open access 70% of the ebook catalog of nearly 12,000 titles. 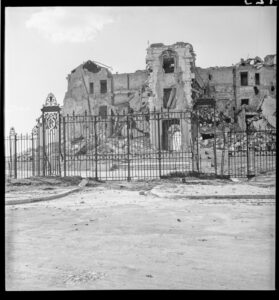 News from James Eason at the Bancroft Library: “More than two thousand digital images have just been added to the Finding Aid to the Thérèse Bonney Photograph Collection at the Online Archive of California. These images are the negative files, in their entirety, resulting from a Carnegie-funded trip Bonney made in 1941 to Portugal, Spain, and southern France. Bonney was documenting the effect of war on civilian populations, particularly children. Many images are from Franco’s Spain, with the aftermath of the Spanish Civil War starkly visible. She also took her camera to refugee camps across the French border (Perpignan, Rivesaltes,  and Argelès-sur-Mer), where Spanish Republican refugees were housed at the end of the civil war, and which were being repurposed when German border closures and advances threw  Europe into chaos early in World War II.”

The Thérèse Bonney photograph collection at The Bancroft Library consists chiefly of documentary photographs taken throughout Western Europe during World War II. Bonney (Berkeley class of 1916) photographed all aspects of the war, but focused on its effects on the civilian population.

An active humanitarian, Bonney frequently used universal symbols in her work, allowing her images to speak beyond language barriers and leading their viewers to see beyond cultural differences. Her photographs of children were exhibited and published widely, influencing audiences to contribute to relief efforts for innocent victims of war. But the images throughout her archive feature another prominent symbol — women. Old women, young women, mothers, sisters, friends, neighbors; always at work, usually together, forever the epitome of personal sacrifice for the greater good. In honor of Women’s History Month, the Bancroft Library’s Pictorial Unit presents this collection of newly digitized images from the Thérèse Bonney Photograph Collection.  The Finding Aid to the Thérèse Bonney Photograph Collection circa 1850-circa 1955 is available through the Online Archive of California. The finding aid includes digital images for Series 6: France, Germany 1944-1946. Images for Series 3: Carnegie Corporation Trip: Portugal, Spain, France 1941-1942 are coming soon, with a preview offered here!

In anticipation of  the conference/symposium on Portuguese visual artist/poet/scholar/filmmaker Ana Hatherly (1929-2015), we’ve assembled a bibliography of works authored by and about her in the Berkeley Library. Hatherly was one of the pioneers of the experimental poetry and literature movement in Portugal and already well-known in Europe before earning her PhD at Berkeley in 1986. Many of the books in the collection came to the Library through her dissertation advisor Arthur Askins who maintained close contact with her after she returned to Portugal. Other books were acquired more recently through the support of the Portuguese Studies Program in the Institute of European Studies (IES) and from donors such as retired Berkeley librarian AnneMarie Mitchell.

Between the lines: Tradition and Plasticity in Ana Hathery | Entrelinhas: tradição e plasticidade em Ana Hatherly, which will take place this Friday, March 22 in Stephens Hall, is the third conference/symposium since IES and the Camões Institute in Lisbon inaugurated the Catédra Ana Hatherly, or Chair, in Portuguese Studies in 2017. Tomorrow morning, Patrícia Lino who is currently a Camões lecturer at UC Santa Barbara will give a talk in English on the poetry of Ana Hatherly in Barrows Hall that is free and open to the public. 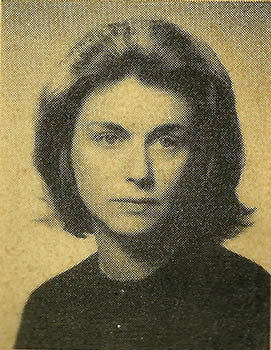 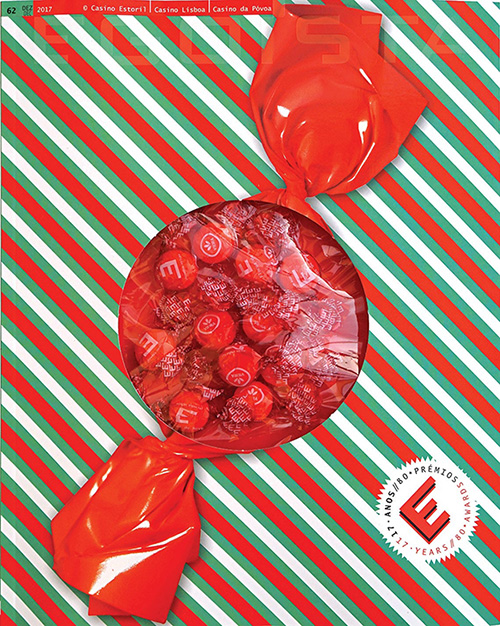 A back issue of an award-winning bilingual cultural journal from Portugal was brought to our attention earlier this week. Usually librarians only become involved with journal receipts when they haven’t been arriving regularly, prices have increased or formats have changed but this special issue of Egoísta was like no other I had seen before. It came with a small bag of hard red candies and the cover was designed to hold them them in place. Clearly there was a connection between the issue’s theme on doce (sweet) but can you imagine the environmental risks that might ensue if we left the candies attached to the journal and housed them with the rest of the print resources in the Main Stacks? Happy Valentine’s Day!

In the 19th century and owing to advances in printing technologies, illustrated journals proliferated. The satirical press was among the most graphic and visual engaging genres with their bold caricatures and humorous editorial cartoons. Though difficult to track down in our library’s discovery systems unless you know an exact title, the UC Berkeley Library has a rich collection of these published in Europe and the Americas. Charivari is a weekly from Portugal whose name was probably inspired by the Parisian weekly Le Charivari (1832 to 1937) with the same name. It was published in Porto towards the end of the decade by two illustrators José de Almeida and Joaquim Maria Pinto Silva and provides a critical perspective on the political, economic and cultural reality of Portugal and the world in general. We recently digitized our copy of Charivari and all issues are available through the HathiTrust.

If you like the work in this publication, you’ll enjoy the work of their contemporary Rafael Bordalo Pinheiro too. He is considered Portugal’s greatest caricaturist, and directed several other satirical magazines such as Almanach de caricaturas para ..., O Antonio Maria, and Parodia that have been digitized by the National Library of Portugal and are also held in print in The Bancroft Library.