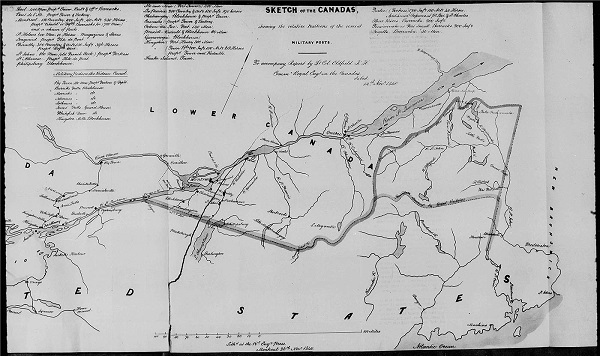 Beginning in the 1820s, the Confidential Print series was a selection of key correspondence, orders, policy documents, treaty texts, and memoranda from Great Britain’s Foreign Office and Colonial Office distributed internally to the Monarchy, Cabinet, members of Parliament, and within their organizations. Confidential Print: North America sheds light on controversies surrounding slavery, the treatment of Canadian indigenous peoples, uprisings against colonial rule, labor unrest in the United states, Nazi and fascist activities in Latin America, and much more. The record groups included in this series of Confidential Print are:

More details about the contents of these record groups can be found in the Nature & Scope page of the site.

The Library now has all three modules of the online resource Foreign Office Files for the Middle East, which include 1971-1974: The 1973 Arab-Israeli War and the Oil Crisis; 1975-1978: The Lebanese Civil War and the Camp David Accords; and 1979-1981: The Iranian Revolution and the Iran-Iraq War.

Recently added to our collection of British Online Archives are the reports of British Poor Schools in the Nineteenth Century, 1812-1901. The compiled reports were printed and then microfilmed — this resource is a digitized version of the microfilm.

These reports cover the history of poor schools and the societies that ran them in Britain, including schools from the Anglican and Wesleyan denominations as well as secular and Catholic schools, and chart the rise of education for the poor from the industrial revolution to the Victorian era.

Adam Matthew has put together a webinar on the East India Company resource. 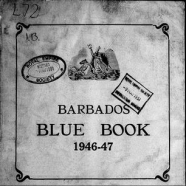 Recently added to our collection of British Online Archives are the Caribbean Blue Books, 1824-1950, statistical records for the colonies of Antigua, the Bahamas, Barbados, Bermuda, British Honduras, Dominica, Jamaica, Montserrat, St Christopher, Nevis, St Lucia, St. Vincent, Tortola, the Turks Islands, the British Virgin Islands, Trinidad and Tobago. The records include the years 1839-1938, though some begin in 1824 and others continue to 1950.

The Library has a trial of the Adam Matthew Digital digital archive, East India Company, until February 23rd.

East India Company offers access to a unique collection of India Office Records from the British Library, London. Containing royal charters, correspondence, trading diaries, minutes of council meetings and reports of expeditions, among other document types, this resource charts the history of British trade and rule in the Indian subcontinent and beyond from 1600 to 1947.

*Please note that PDF download options are not available during trials.

Please send any feedback you have about the resource to me at dorner@berkeley.edu.

Adam Matthew Digital is hosting a webinar on the British in India, featuring Dr. Kate Boehme, Research Fellow at the University of Sussex. Dr Boehme holds a PhD in History from the University of Cambridge, for which her thesis analysed the development of Indian business networks in and around Bombay in the mid-nineteenth century. Her article “Smuggling India: Deconstructing Western India’s Illicit Export Trade, 1818-1870” was published in the Journal of the Royal Asiatic Society in June 2015.

They will be using rare primary sources to revisit Britain’s complex involvement in India, from their earliest presence as traders on the Indian subcontinent in the eighteenth century, through to their military governance in the years that followed.

The Library has acquired the first module of the online resource Foreign Office Files for the Middle East, which covers 1971-1974: The 1973 Arab-Israeli War and the Oil Crisis. Two additional modules, 1975-1978: The Lebanese Civil War and the Camp David Accords and 1979-1981: The Iranian Revolution and the Iran-Iraq War will be added by early 2017.

The Library now has access to three modules of the primary source collection, British Periodicals. This digitized and searchable resource is made up of collections previously available on microfilm — English Literary Periodicals and Early British Periodicals — and includes nearly 500 publications from the 17th century through to the early 21st century.

English Literary Periodicals (also known ELP) includes over 341 periodicals, published in Great Britain during the 17th, 18th, and 19th centuries, that are predominantly literary in nature. Besides literary reviews there are also theatrical, satirical, political, religious, and women’s magazines, such as Monthly Review and Critical Review.

Early British Periodicals is a supplement to ELP, consisting of additional 168 titles (1681-1921), and includes titles such as Quarterly Review and Edinburgh Review.

Search results can be filtered to article type and downloaded in either PDF or JPEG format.