Until April 2, 2021, the Library has trial access to parts 2-4 of Slavery and Anti-Slavery. All modules can be accessed from the A-Z database link.

Part I: Debates over Slavery and Abolition sheds light on the abolitionist movement, the conflicts within it, the anti- and pro-slavery arguments of the period, and the debates on the subject of colonization. It explores all facets of the controversial topic, with a focus on economic, gender, legal, religious, and government issues.

Part II: Slave Trade in the Atlantic World charts the inception of slavery in Africa and its rise as perpetuated on both sides of the Atlantic Ocean, placing particular emphasis on the Caribbean, Latin America, and United States. More international in scope than Part I, this collection was developed by an international editorial board with scholars specializing in North American, European, African, and Latin American/Caribbean aspects of the slave trade.

Part III: The Institution of Slavery expands the depth of coverage of the topic. Part III explores, in vivid detail, the inner workings of slavery from 1492 to 1888. Through legal documents, plantation records, first-person accounts, newspapers, government records, and other primary sources, this collection reveals how enslaved people struggled against the institution. These rare works explore slavery as a legal and labor system, the relationship between slavery and religion, freed slaves, the Shong Masacre, the Dememara insurrection, and many other aspects and events.

Part IV: Age of Emancipation includes numerous rare documents related to emancipation in the United States, as well as Latin America and the Caribbean. This collection supports the study of many areas, including activities of the federal government in dealing with former slaves and the Freedmen’s Bureau, views of political parties and postwar problems with the South, documents of the British and French government on the slave trade, reports from the West Indies and Africa, and other topics. 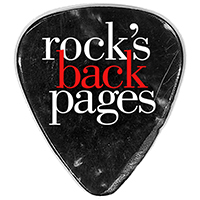 Through April 5, 2021, the Library has trial access to Rock’s Backpages,  the world’s biggest archive of music journalism and pop writing of the last 60 years.

Comprising of over 40,000 articles, the RBP library aggregates the work of over 720 of the finest writers across all popular-music genres from rockabilly to hip hop, via R&B, country and electronica (EDM).  The RBP library also includes in excess of 650 exclusive audio interviews with music legends from Jimi Hendrix to Kate Bush, via Bob Dylan, David Bowie, Joni Mitchell, Michael Jackson and Kurt Cobain. The library features over 6,500 artists, from Elvis Presley to Beyoncé.

Through the end of February, the Library has trial access to UKPress Online, a collection of historic and current newspapers. The following information was provided by the vendor.

The Daily Express (Updated daily) was launched in 1900 by Arthur Pearson as a mid-market broadsheet. The ha’penny Express was the first to devote its front page to news (rather than advertisements): “This paper is produced with the intention of supplying its readers with news. That is the excuse for its existence.” Advance orders for Issue One were a million and a half copies– “absolute impossibility to supply… we are doing our best.”

The first issue was over-subscribed. That edition began a series of articles from an Expressman in “Hayti”; another was despatched to Patagonia to search for a “giant ground sloth” – in vain, although his articles gripped readers for weeks. This policy of having “our man on the spot” became a hallmark of the Express.

When Pearson went blind, during the Great War, he sold the Express to Conservative MP Max Aitken, soon to be Lord Beaverbrook, the first “Fleet Street baron” and an evangelist of the free press – “a flaming sword which will cut through any political armour”; the paper’s symbol became The Crusader. Beaverbrook crusaded, both politically and editorially: despite personal advice to Edward VIII to give up Wallis Simpson, the Express notably chronicled every detail of their affair. And not always successfully: the Express’s vehemence against Attlee was credited with losing the 1945 election for Churchill!
By 1936, the Express had the world’s largest circulation of more than two million, rising to four million in the 1940s, under the seminal editorship of Arthur Christansen. It was one of the first newspapers to carry gossip, sport and women’s articles; it was the first to carry a crossword. With its commercial success and vast editorial staff around the world, the Express dominated Fleet Street; as a bemused Royal wrote, “I was met by a gaggle of reporters from the Daily Express and a gentleman from the Glasgow Herald”.

Express contributors run from the exiled Leon Trotsky to Evelyn Waugh (who lampooned Beaverbrook as Lord Copper – “up to a point”), William Hickey (Tom Driberg) and the cartoonist Giles.

The Express became a (black-top) tabloid in 1978. The Daily Star was a late-comer, as was the Star on Sunday, occupying the red-top tabloid slot in competition to the Sun and Mirror.

The Daily Star (Updated daily) was launched in 1978 (and is available from 2000) by Express Newspapers as a tabloid for the north of England, competing against The Sun’s Page 3 girls with its own topless Star Birds. In 1987, it lost a £500,000 libel action after accusing Tory deputy chairman Jeffrey Archer of paying hush money to a prostitute – a political scandal in those pre-Trump days…. Twelve years later, the now-Lord Archer admitted he had lied and, in 2002, he had to repay the cash with costs and interest – £1.5million. The same year, the Star launched a Sunday sister (all available – updated weekly).

Church Times (updated weekly): The World’s leading Anglican newspaper. The first 26 years, from the paper’s very first issue in 1863 to 1889, saw fierce ‘battles’ over Ritualism: one of the reasons why the Church Times was established was to defend the High Church against “Broad and Low Bigots”. The paper also warned against the digging of a Channel Tunnel, criticised President Lincoln for going to the theatre (where he was assassinated), and had a stern word for one of its advertisers: “It would be curious to learn how such a cad came to be a priest.” All of the archive is now available: cataloguing almost every page from 1863 to the present.

Action, Fascist Week and Blackshirt the Fascist titles published by Oswald Mosley before and during WW2 (until banned by Churchill’s government). A view from the far Right as the World prepared for war.

The Watchman (1835-1884): primarily a Wesleyan, (and the first) Methodist newspaper, The Watchman has an impressive breadth and depth of reporting of matters of import in 19th Century Great Britain and abroad. Details of movements of clergy are useful for those trying to track their family history; parliamentary election results are published in detail; discussions of the Second Anglo-Afghan war (1878-80) may give some perspective to modern campaigns.

World War One & World War Two A key package of newspaper titles giving a broad political and geographical range of views from national and regional publishers’ newspapers: Includes the issues of all of the above titles between 1914-1918 and 1933-1945. Providing the view from ‘the North’ the WW2 editions of the Yorkshire Post cover from January 1933 to April 1946.

The South Eastern Gazette (1852-1912), formerly the Maidstone Gazette, was a major regional title for the south-east of England. Available free in the UK thanks to the ‘Your Heritage Lottery Fund’ and the Kent Messenger, the title covers Kent and much of the South-East of England from East Hampshire through Surrey and Sussex to South Essex and parts of London.”

UC Berkeley has a trial for Exeter Medieval Online (ebooks) through October 29th, 2020. The collection combines Liverpool University Press’s Exeter Medieval Texts and Studies and Exeter Studies in Medieval Europe print series, covering a chronological range of c.500-1500, with a broad European focus. The interdisciplinary collection includes monographs, guides, collaborative studies, edited volumes, and translations of important texts on the history, literature, and culture of the Middle Ages. The ebook collection provides full-text digital access to 83 titles, which can also be downloaded to PDF.

During the trial period, we have access to a 50-ebook subset of the collection. Logging in with a CalNet ID is required.

To use additional features, you can optionally create a personal account from the ‘Institutional Account’ tab. This will allow you to:
Highlight Text
Add bookmarks
Add/ download Citations
Add/ download Notes
Mark it as Favourite (but this is available from the “My Library” section)

Your feedback makes a difference! Tell us what you think.

The Library has begun a trial to Crime, Punishment, and Popular Culture (1790–1920) digital archive (Gale). The collection contains over 2 million pages of trial transcripts, police and forensic reports, detective novels, newspaper accounts, and true crime literature from the 19th century. The archive is composed of 22 collections from source libraries including the British Library, National Archives (US), American Antiquarian Society, Library of Congress, and Harvard University Law Library. The content is mostly in English, with some content in French, German, Danish, Finnish, and Hawaiian.

This collection contains materials that could be used to research the causes and effects of the rise in crime during the Industrial Revolution, the development of metropolitan police departments, and the public’s fascination with sensational accounts of crime in newspapers and fiction. It covers changing attitudes about punishment and reform that led to such practices as solitary confinement, prison work programs, and penal transportation, as well as “scientific” theories such as phrenology, which posited that character could be determined by physiognomy.

The interface allows you to view scans of the original items alongside plain-text transcripts, and the full text is searchable. All items have been OCRed (including hand-written items).

The trial will end on 09/20/2020. Please send any feedback to Stacy Reardon: sreardon at berkeley. 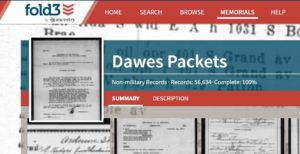 Until October 21, 2019, the Library has trial access to Fold3, which provides access to military records from the Revolutionary War to recent operations in Iraq and Afghanistan, sourced from the National Archives and institutions across the country. The resource also includes non-military records relating to the Holocaust, Black History, Native Americans, the Great Depression, and more.

Fold3 can be accessed from on campus only. Please send any feedback you have to dorner@berkeley.edu. 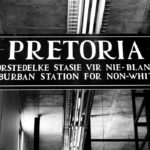 A trial of Apartheid through the eyes of South African political parties is available through April 19th. User feedback is greatly appreciated.

About the collection: Apartheid was a system of white minority rule that prevailed in South Africa for much of the 20th century. This collection contains various materials published by political parties on both sides of the racial and ideological divide. The bulk of the documents are drawn from the archives of the main opposition movement, the African National Congress (ANC). The main party of government, the National Party, is also well represented, as are several minor parties and independent candidates.

The Library has trial access to the historical African American newspapers, Atlanta Daily World and Norfolk Journal and Guide until July 29.

The Library’s trial of Pittsburgh Courier has been extended until July 20.

The Library has acquired Presidential Recordings Digital Edition, an online portal for annotated transcripts of telephone conversations of Presidents Johnson, Kennedy, and Nixon. Recordings and transcripts are presented together. The transcripts are searchable and browseable by administration, series, speaker, date, place, and duration. 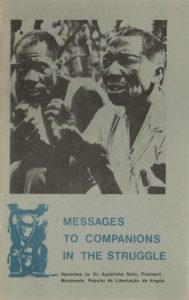 Until February 18, the Library has a trial of Struggle for Freedom: Southern Africa, a JSTOR collection of materials from archives and libraries throughout the world documenting colonial rule, dispersion of exiles, international intervention, and the worldwide networks that supported successive generations of resistance within the region.

According to their site, the resource “consists of 76 different collections of more than 20,000 objects and 190,000 pages of documents and images, including periodicals, nationalist publications, records of colonial government commissions, local newspaper reports, personal papers, correspondence, UN documents, out-of-print and other particularly relevant books, pamphlets, speeches, and interviews with those who participated in the struggles.”