The Bernice Layne Brown Gallery on the first floor of Doe Library is now housing the exhibit “Celebrating 50 Years of Excellence: South & Southeast Asia Scholarship and Stewardship at Berkeley, 1970-2020.”

The South/Southeast Asia Library plays a pivotal role in building interdisciplinary collections in all major formats and languages and has, for five decades, served as the scholarly lifeline for vibrant South and Southeast Asian Studies communities, both local and global.

This exhibit uses a variety of faculty publications and special collections to highlight Berkeley scholarship’s evolution, scope, and profound impact. Source collections and libraries whose noteworthy treasures are most featured in the exhibit include The Bancroft Library, Doe Library, Music Library, and the South/Southeast Asia Library.

The exhibit will be on display until the end of October 2021. 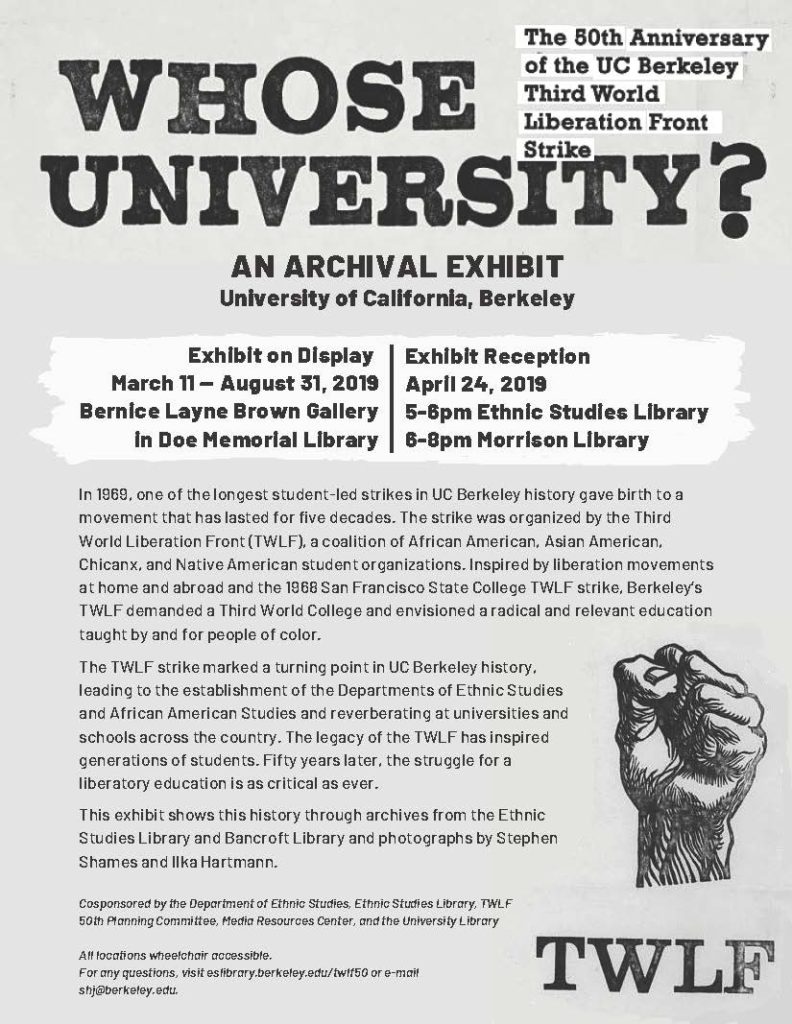 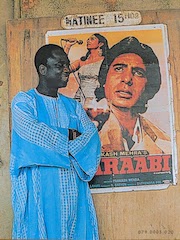 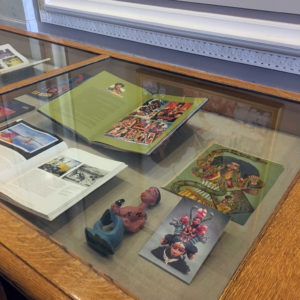 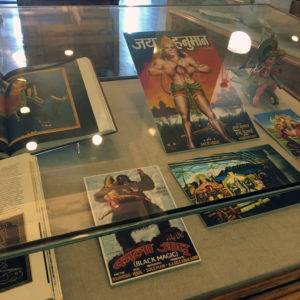 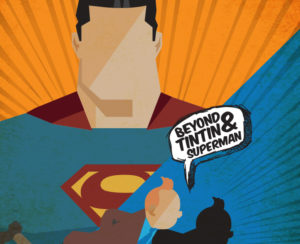 Join us on Friday, October 14, from 5-7pm in the Morrison Library to celebrate the opening of “Beyond Tintin and Superman: The Diversity of Global Comics.”

Curated by Liladhar Pendse, the exhibit features comics and graphic novels from a dizzying array of cultures, including Egypt, Poland, South Africa, Israel, the Czech Republic, Colombia, and Japan. The materials can be viewed in Doe Library’s Bernice Layne Brown Gallery through March 2017.

The event will feature talks by Ron Turner, founder of the Last Gasp, a book and underground comics publisher and distributor based in San Francisco, and UC Berkeley Art History Lecturer Ivy Mills, Ph.D., who specializes in the visual and literary cultures of Africa and the African diaspora.

To learn more about the exhibit and watch a video on the materials, read our story here.

The Bancroft Library just opened its fall/winter exhibition, The Gift to Sing: Highlights of the Leon F. Litwack & Bancroft Library African American Collections. Leon Litwack is a historian and legendary professor who taught here from 1964 to 2007. He won the Pulitzer Prize for History and the National Book Award for his 1979 book Been In the Storm So Long: The Aftermath of Slavery. He has been collecting books relating to African American history and culture since the 1940s and his collection is now perhaps the best in private hands. Ultimately, it will be coming to The Bancroft Library but highlights, along with related material from Bancroft’s collection, will be on display until February.

Highlights from Professor Litwack’s collection include Bobby Seale’s copy of The Autobiography of Malcolm X, a copy of Narrative of the Life of Frederick Douglass, an American Slave inscribed by William Lloyd Garrison and Ida B. Wells’ incredibly rare and important pamphlet on lynching, The Red Record.

Bancroft highlights include the first printing of Phillis Wheatley’s collection of poems from 1773 and early works printed in California.

The Bancroft Library Gallery is open from Monday to Friday, 10-4.

The University Library in conjunction with the Berkeley Center for New Media and the Department of Spanish & Portuguese are pleased to present:

This exhibition, NL||LE, presents a collection of digital works of literature—in Spanish, Portuguese, Catalan as well as English—side by side with experimental print materials from the past century. Meant to be read on computers and other digital devices, the electronic stories and poems reveal new ideas about literary and media developments and encourage visitors to interact with the machines. Exhibit cases and tables were designed by students in a Berkeley Center for New Media seminar. Through the use of vintage computing equipment, NL||LE also highlights challenges involved in the preservation of electronic literature.

All events are free and open to the public.

Thinking Comparatively: Celebrating Benedict Anderson’s Scholarship
An Exhibition
February 19 through April 29, 2016
120 Doe Library
Benedict Anderson (1936-2015) was born to Anglo-Irish parents in Kunming, Yunnan, China. He was raised in China, California, and Ireland. He received his bachelor’s degree in classics from Cambridge University in 1957 and his doctorate in government from Cornell University in 1967. He was the Aaron L. Binenkorb Professor of International Studies Emeritus and taught at Cornell from 1967 until his retirement in 2002.
Throughout his life, Anderson was an accomplished scholar who produced a few dozen major scholarly works on language and politics. Among these, his most influential publication, Imagined Communities: Reflections on the Origin and Spread of Nationalism, has been translated into two dozen languages. He was the editor of the seminal journal Indonesiapublished by the Cornell Modern Indonesia Project. His linguistic skills were extraordinary. Anderson was fluent in Dutch, French, German, Indonesian, Javanese, Russian, Spanish, Tagalog, and Thai.
Professor Anderson was recognized as a giant in Southeast Asian studies. He inspired and trained several generations of students and shared his intellectual originality and innovation with the world.
A small collection of his most insightful and enduring works has been assembled for this exhibit in honor of his widely admired scholarship.
A library guide to Anderson’s works is available at:

Abstract: In the large corpus of academic literature addressing Californian politics in the 1950s, very little scholarship considers the relationship between the state’s robust system of direct democracy, exemplified by the initiative process, and the transformative demographic and economic changes that were then remaking the state. In the course of preparing this thesis, the author found that: (1) the fundamental political, economic and social incentives that sustained a culture of direct democracy in the 1950s have barely changed over the course of sixty years; (2) decades-long political battles centering on old age pensions and public housing peaked in the early part of the 1950s specifically through the initiative process, setting a firm precedent for related disputes in succeeding decades; and (3) white, established, middle-class Californians were psychologically motivated to pursue specific types of policy through the initiative process because of rapid demographic changes that were leaving the state and its cities poorer and less white than they had ever been before. One major consequence of having direct democracy at the onset of a demographic transformation is that elite economic interests and their political allies could usually exploit the initiative process to protect white privilege and maintain existing power structures to the detriment of marginalized communities. As demographic transformation continues to remake the face of the state, the kinds of public policies enacted at the ballot will more and more reflect the priorities of the younger, and more linguistically and culturally diverse California of today.

The full paper is available on eScholarship: http://escholarship.org/uc/item/39x5g29j

The exhibit was curated by Jeffery Loo and designed by Aisha Hamilton. 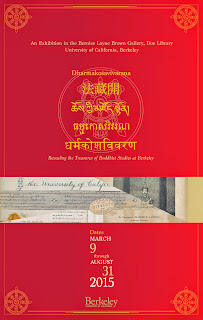 This exhibit celebrates the intellectual contributions, as well as the global impact and legacy, of UC Berkeley’s unique program in Buddhist studies. It features publications of alumni and faculty, as well as Berkeley’s manuscript collections that made this research possible. While the scholarship presented here reflects the broad interdisciplinary orientation of the Berkeley program, it is grounded in the philological expertise—the ability to work with often arcane Buddhist canonical materials that survive in languages such as Sanskrit, Pali, Tibetan, Chinese, Korean, and Japanese—that is the hallmark of the Berkeley program.

This exhibit recognizes the scholars who founded the Group in Buddhist Studies, their precursors, and those who continue to lead the program today. It features samples of East Asian Buddhist canons, Mongolian and Tibetan texts, Dunhuang manuscript canons, sacred texts of Nepalese Buddhism, Southeast Asian palm-leaf manuscripts, The Tipiṭaka, an edition of the Pali given by King Chulalongkorn of Siam, as well as European publications of Buddhist studies. The exhibit highlights the evolution, breadth, and remarkable success of Buddhist studies scholarship at Berkeley through materials housed at The Bancroft Library, C. V. Starr East Asian Library, Doe Library, South/Southeast Asia Library, and Northern Regional Library Facility. 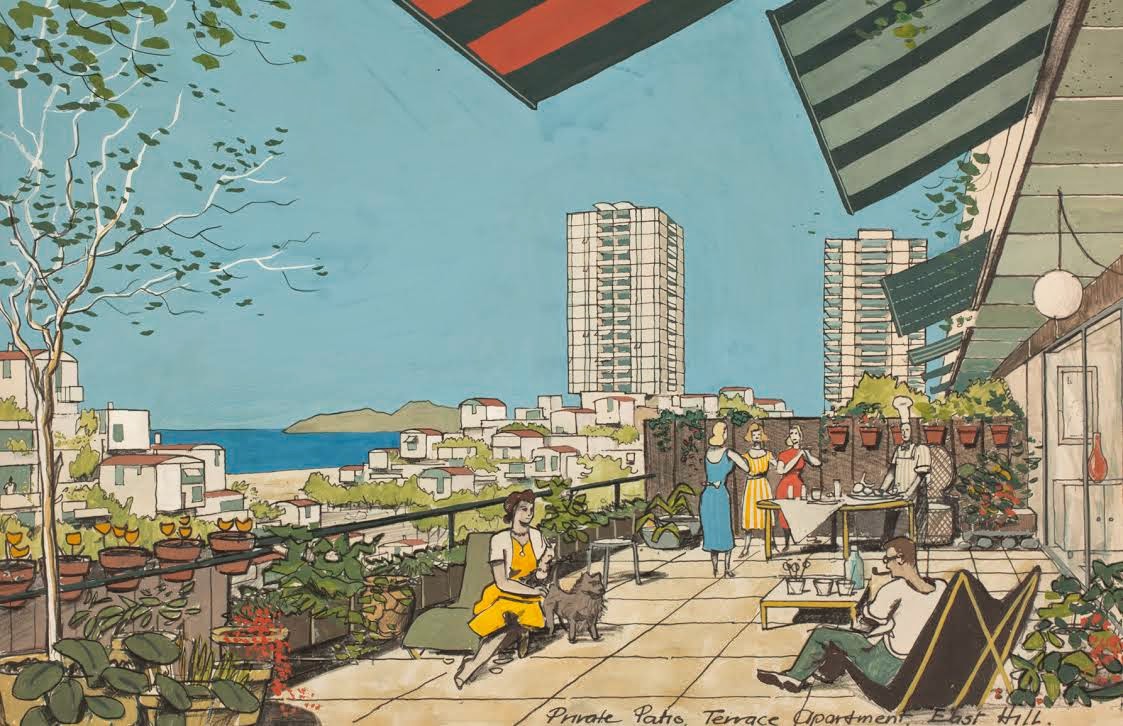 The Environmental Design Archives at UC Berkeley presents the exhibit

The figures that inhabit architectural and landscape renderings are not the actual focus of the drawings. Homeowners, children, pets, shoppers, and condo-dwellers are included to convey the scale and functionality of a proposed design. They humanize and create an emotional appeal in what might otherwise appear to be sterile environments and allow the client to imagine how a space will be used. From the watercolor Victorian to the scalie hipster, this exhibit features more than a century of designers’ representations of people from the Environmental Design Archives.