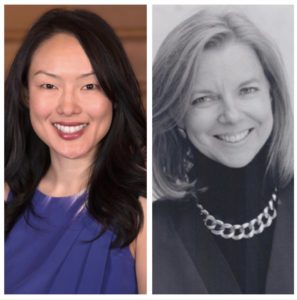 Join us on November 13, 2018, 6-8 PM at The Ruby, a women’s creative working space in San Francisco!  The festivities feature a panel discussion with Supervisor Jane Kim and Close the Gap California founder Mary Hughes.

1992 has been dubbed “The Year of the Woman,” a phenomenon in which a wave of women candidates swept local and national races for public office. California led this charge by becoming the first state in American history to be represented by two women senators—Barbara Boxer and Dianne Feinstein.

And yet, 1992 was not the beginning of women’s political activism, but rather the culmination of decades of organization encouraging women to get involved and run for office.  For generations, Bay Area women have built the foundations of political activism that span neighborhood organizations to support networks. And their stories inform our present.

As engaged citizens, we need to know more about these women who helped create a space for themselves in Bay Area political life.  What drives women to run for elected office, to fight for affordable housing and environmental regulations, to fundraise for women candidates?  What challenges and successes have women encountered in politics?

In order to document these stories, I am developing the Bay Area Women in Politics Oral History Project to record the history of these local women and their impact on and journeys through politics.  The Oral History Center continues to preserve stories about California politicians, but this project is unique in that it focuses on women in one geographic region in order to get a clearer picture of the breadth of political work women have been doing on the ground and behind the scenes.

This topic is both historical and part of a contemporary conversation about the role of women in American politics.  Given this surge of women in politics and the upcoming hundredth anniversary of women’s suffrage, now is the time to undertake this endeavor to celebrate and learn from Bay Area women who have shaped local and national politics.

Join us to kickoff this the Bay Area Women in Politics Oral History Project with an event on November 13, 2018, 6-8 PM at The Ruby, a women’s creative working space in San Francisco!  The festivities feature a panel discussion with Supervisor Jane Kim and Close the Gap California founder Mary Hughes.

The Fourth Annual Bay Area Book Fest is fast approaching! On Saturday, April 28th and Sunday, April 29th, writers and book enthusiasts will flock to downtown Berkeley to discuss and celebrate literature. Get up to date before the festival comes to town. Try these books by some of the featured authors: