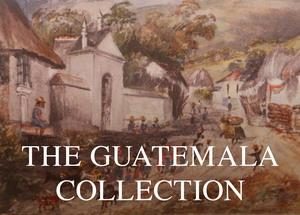 The Library has acquired the The Guatemala Collection: Government and Church Documents for Sacatepéquez (1587-1991).

Populated predominantly by indígenas (indigenous peoples) who speak Kaqchikel-Maya, Sacatepéquez Department offers an excellent window into Latin American and Native American history. Crucial to Guatemala’s colonial and national development, indígenas were largely discounted and denigrated. Despite such discrimination and disadvantages, many found ways to survive and thrive. Often converging at the nexus of modernization and tradition, the documents in this collection convey the complicated hybrid history of a nation striving to present itself as progressive and civilized in an Atlantic world that seldom associated those qualities with indigeneity. The Guatemala Collection houses a rich array of government, church, and civil documents that bear testimony to an indigenous population’s struggle and success with the changing social, economic, political, and religious dynamics of colonial and independent rule.