Why do maps speak to us?

Maps have explanatory power. They are visualization tools which help us to comprehend the social and physical world around us. They orient us. They impose order on chaos. But maps are also based on subjective choices made by cartographers who employ visualization techniques to reduce complexity. Cartographers create meaning by simplifying the social and physical world.

Cartography is a varied visual tradition which reaches back thousands of years. It emerged in different places and created the diverse mappy universe which we will explore through this map blog. Maps offer insights, a greater understanding of the world around us – and also of the past. And they are a window into the incredible biological and cultural diversity on this planet we call home.

The University of California Library at Berkeley just started the soft launch of our German World War II Captured Maps spatial humanities project which involves digitizing rich collections with about 20,000 maps, chiefly issued by German mapping agencies between the 1880s and 1945. That project will last into 2022 and our initial posts will focus on telling stories related to this important project.

But the Earth Sciences and Map Library at UC Berkeley is also located in a particular place, the East Bay, at the edge of the vast San Francisco Estuary, in northern California. Our small Bay Area world is connected to the larger world through Oakland’s vast commercial port. Transportation networks sustain our lives at the edge of the Pacific Ocean. Commuter ferries whiz across San Francisco Bay. We are close to some incredible physical spaces, the Marin Headlands, Muir Woods, Point Reyes National Seashore, several ranges of the Coastal Mountains.

The Ohlone are the predominant Indigenous group of the Bay Area. Spanish colonizers and the European diseases they brought to northern California undermined Ohlone existence and culture. In the wake of the Gold Rush the California state government sanctioned the murder of Indigenous populations by local militia. By the 1880s, the Bay Area Ohlone population was dramatically reduced.

Historically this area has been part of larger geographical frames, for example the Southwest, the borderlands of New Spain, Alta California, and the Western United States. We will look at how historical change has affected northern California.

And we are planning to explore many other worthwhile places and topics–the larger mappy universe. That is a world filled with surveyors, cosmographers, explorers, topographic engineers, mapping agencies, globes, atlases, aerial photography, satellite images, geological maps and rhumb lines, in short many worthwhile things.

We hope you will find something enjoyable here and come along for the ride! 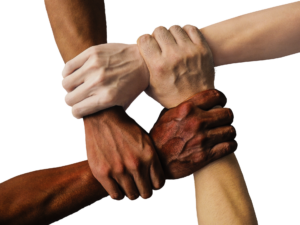 What’s in the Libguide?
It includes a Zotero Library, tools on how to add content to diversify Wikipedia, strategies to search for and follow diverse voices via social media, conferences, and more. The Libguide also links to the Engineering Library’s DEI Book Collection Libguide!

How did this get started?
While staff member Bonita Dyess and Open Science Librarian Samantha Teplitzky were reading the grad student’s call to action, they noticed a potential section the Earth Sciences/Map library could be of assistance. They contacted the graduate students and met via Zoom due to the pandemic. The conversation resulted in the creation of the LibGuide!

How can this benefit my library?
Diversity, equity, and inclusion is important to create community and belonging. DEI efforts are strongly supported by the library and campus as a whole. This libguide can serve as a tool for various departments creating and promoting DEI efforts. EPS and geography are the subjects highlighted in this particular libguide, but the strategies are universal especially within the STEM fields. It’s also important to note that collaborative efforts between staff and librarians can be beneficial!