Until April 2, 2021, the Library has trial access to parts 2-4 of Slavery and Anti-Slavery. All modules can be accessed from the A-Z database link.

Part I: Debates over Slavery and Abolition sheds light on the abolitionist movement, the conflicts within it, the anti- and pro-slavery arguments of the period, and the debates on the subject of colonization. It explores all facets of the controversial topic, with a focus on economic, gender, legal, religious, and government issues.

Part II: Slave Trade in the Atlantic World charts the inception of slavery in Africa and its rise as perpetuated on both sides of the Atlantic Ocean, placing particular emphasis on the Caribbean, Latin America, and United States. More international in scope than Part I, this collection was developed by an international editorial board with scholars specializing in North American, European, African, and Latin American/Caribbean aspects of the slave trade.

Part III: The Institution of Slavery expands the depth of coverage of the topic. Part III explores, in vivid detail, the inner workings of slavery from 1492 to 1888. Through legal documents, plantation records, first-person accounts, newspapers, government records, and other primary sources, this collection reveals how enslaved people struggled against the institution. These rare works explore slavery as a legal and labor system, the relationship between slavery and religion, freed slaves, the Shong Masacre, the Dememara insurrection, and many other aspects and events.

Part IV: Age of Emancipation includes numerous rare documents related to emancipation in the United States, as well as Latin America and the Caribbean. This collection supports the study of many areas, including activities of the federal government in dealing with former slaves and the Freedmen’s Bureau, views of political parties and postwar problems with the South, documents of the British and French government on the slave trade, reports from the West Indies and Africa, and other topics.

The California Digital Library is piloting an arrangement with ProQuest that provides access to 45 History Vault modules.  At the end of the calendar year, UC may elect to purchase perpetual access to some of this content. Your feedback on which resources are most useful to you is welcome.

In the Library’s A-Z databases list, these resources have been grouped thematically into these categories; in some cases there are links to individual modules that we previously purchased. Once on the ProQuest platform, you can search within a single source or across multiple sources.

Southern Life, Slavery, and the Civil War – includes the collections: Slavery and the Law; Slavery in Antebellum Southern Industries; two modules of Southern Life and African American History, 1775-1915, Plantations Records; Confederate Military Manuscripts and Records of Union Generals and the Union Army; and Reconstruction and Military Government after the Civil War.

The second Bancroft Library Roundtable talk of the spring semester will take place in the Lewis-Latimer Room of The Faculty Club at noon on Thursday, March 15. Alexandra Havrylyshyn, J.D. and Ph.D. candidate in Jurisprudence and Social Policy at UC Berkeley and Bancroft Library Study Award recipient, will present “California’s Place in Anti-Slavery Litigation on the Eve of the Civil War.”

Between 1846 and 1851 New Orleans trial judge John McHenry ruled in favor of nearly twenty enslaved petitioners who sought freedom on the basis of having touched free soil. These rulings directly contravened Louisiana state legislation, but McHenry reasoned that they were in keeping with higher sources of law: constitutional, federal, and international. He migrated to California, and his personal and legal papers are now preserved in The Bancroft Library. Havrylyshyn’s presentation will explore McHenry’s political identification and the ways that anti-slavery litigation influenced California before the start of the Civil War.

The Library has a trial of Southern Life and African American History, 1775-1915, Plantation Records, Part 2 that will run until November 20.

You can find a more detailed description of this collection at http://hv.proquest.com/historyvault/hv.jsp?pageid=browse&mid=14243#14243.

Access to Part 1 of the Plantation Records was acquired by the Library a few years ago.

Please send your feedback to dorner@berkeley.edu. 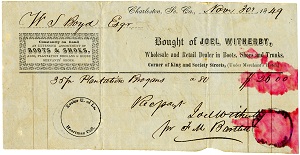 The Xavier University of Louisiana Library Archives and Special Collections is in the process of digitizing and making accessible the Charles F. Heartman Manuscripts of Slavery Collection, which includes materials dating from 1724 to 1897 relating to the social, economic, civil, and legal status of slaves and free people of color in Louisiana. Currently there are over 2,100 viewable items on the website, consisting of over 8,000 manuscript pages.

According to the collection guide, “approximately half of the Charles F. Heartman collection consists of municipal records from city of New Orleans. Clerical books, especially those of the Third Municipality, provide valuable information on the labor and leisure activities of slaves in the early nineteenth century. The city also had the largest concentration of Free People of Color in the nation, and encompassing tax records and business bonds reflect their economic activity. There are also rosters of Negro soldiers in the U.S. Army during the Civil War, and records of societies of Freemen dating from Reconstruction and beyond.” The collection includes records in French, English, and Spanish.

Slavery and the Law  is an archival database of petitions on race, slavery, and free blacks that were submitted to state legislatures and county courthouses between 1775 and 1867. These petitions were collected by Loren Schweninger over a four year period from hundreds of courthouses and historical societies in 10 states and the District of Columbia. They document the realities of slavery at the most immediate local level and with amazing candor. Slavery and the Law also includes the important State Slavery Statutes collection, a comprehensive record of the laws governing American slavery from 1789-1865.

Included in this resource:

This British Online Archives collection includes private merchants’ papers preserved at the Liverpool Record Office relating to the transatlantic slave trade. During the eighteenth century when these documents were compiled, Liverpool was the leading slave trade port in the world. “The material includes correspondence with ship captains and Caribbean agents about the acquisition of Africans and their sales; statistics on the Liverpool slave trade; sales accounts of the lots of Africans disembarked in the Americas, often with the names of purchasers and prices; information on dealings with diverse African groups along the coast of West Africa; and details of payments for slave sales. The account books of ships’ voyages includ material on the outfitting of vessels and the cargoes of goods exported to Africa.”

The vast majority of these documents are handwritten and have not been transcribed. The metadata describing the documents can be searched, but not the documents themselves. Only individual pages can be downloaded and/or printed. 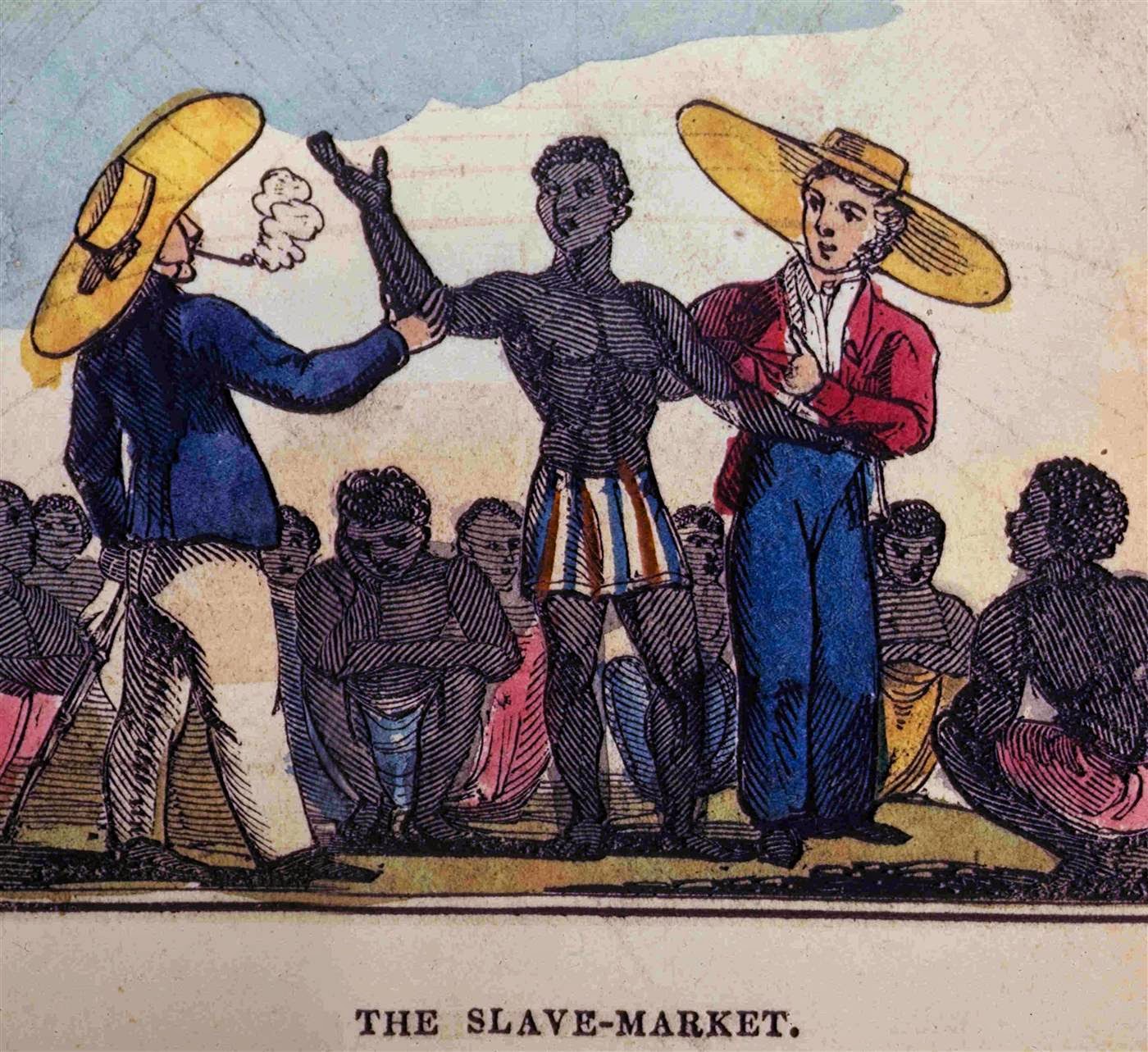 Slavery, Abolition, and Social Justice is a searchable database that includes documents and images that have been selected from the collections of various libraries, museums, and archives from the UK, United States, and Canada.

Most materials are in English, but other languages are represented. Similar to the other Adam Matthew Digital resources owned by the Library, this one can be accessed using a basic search, advanced search, or choosing from a list of popular searches. When searching, use the suggested search tips, which will not only help you retrieve more relevant results, but will help you account for variations in spelling and scanning errors that occur when optical character recognition is done on older type styles or documents in poor condition.

The content can also be accessed by browsing through thematic collections, which include:

The court records category includes slavery-related court cases drawn mainly from the states of North Carolina, Georgia, Louisiana, and Missouri. Under Advanced Search there is a link to Court Records Advanced Search, allowing more precise searching of that subset of documents. 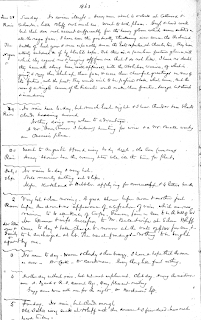 Southern Life and African American History, 1775-1915, Plantation Records, Part 1 is made up of plantation journals, crop books, overseers’ journals, account books, personal diaries, and business and personal correspondence drawn from major repositories in the south. A more detailed description of the collection can be found in the promotional flier.

This module is part of a resource called History Vault. It is possible to search and browse the entire module and to browse individual collections within the module. Searching the module is fairly straightforward, but a quick start guide is available to assist you.