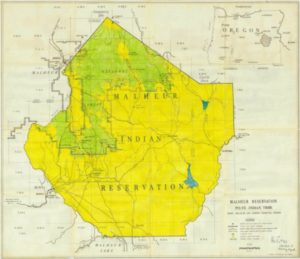 Independent Voices is a digital collection of magazines, journals, newspapers, and newsletters housed in the alternative and small press archives of participating libraries and historical institutions.

The focus is on materials published during the 1960s-1980s that stem primarily from the second wave of feminism, LGBT activism, GI and student protest movements, and the Black, Chicano(a), and Native American movements.

Key collections of the Newberry Library have been digitized by Adam Matthew Digital. The descriptions below come from their website.

American West is a wide-ranging digital resource presenting a unique insight into the history of the development of the West as well as its enduring legacies. From the earliest, pioneering expeditions that discovered and mapped the West to the growth of industry and settlements, through a range of rare and important documents it is possible to explore the commercial, cultural and social factors that made the West what it was and is. Through items such as maps, manuscripts, journals, rare printed books, periodicals, photographs and more, the appeal of the ‘wild’ West to explorers, emigrants and workers is brought to life, as shifting epochs brought new opportunities and challenges in a rapidly changing country. The development of the popular image of the West can be charted with material depicting the ‘Wild West’ shows, famous outlaws and pioneer personalities, while the clash of cultures that was often a feature of life in the burgeoning United States is represented through a wealth of documents relating to the Mormon exodus and Native American contact.

American Indian Histories and Cultures presents material from the Newberry Library’s Edward E. Ayer Collection, an extensive archival collection on American Indian history. The content ranges from early contacts with European settlers through the expanded occupation of the American west, up through the Indian political movements of the mid-20th century. The collection covers a wide geographic area with a primary focus on North America and Mexico.

The American West and American Indian Histories and Cultures collections are fully cross-searchable.

The Library has set up trial access to evaluate four digital collections:

These are all part of a resource called Archives Unbound from Gale Cengage. The company was not able to set up a trial for just these four resources, so all of the collections are available to view.

Available via the same link is another trial resource, Indigenous Peoples: North America, which covers the history of American Indian tribes and supporting organizations. The collection includes sources from American and Canadian institutions, tribal newspapers, and Indian-related organizations. The collection also features Indigenous language materials, including dictionaries, Bibles, and primers.

I am particularly interested in your feedback on the resources listed above, but if you see other collections of interest, let me know and I’ll put them on my wish list.
Trial access ends 3/17/16. 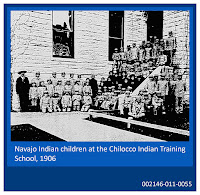 A newly acquired ProQuest History Vault module, American Indians and the American West, 1809-1971, includes collections from the U.S. National Archives, the Chicago History Museum, and selected first-hand accounts on Indian Wars and westward migration. While a significant amount of 19th century material is included, this resource also provides access to records from the first half of the 20th century.  For more detail about each of the collections listed below, see the ProQuest guide. 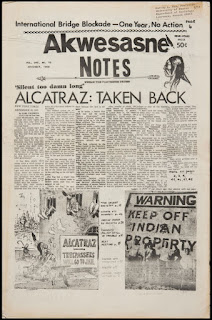 American Indian Histories and Cultures is a collection of digitized material from the Edward E. Ayer Collection at the Newberry Library, focusing on material relating to American Indian history in the United States, Canada and Mexico.

We are pleased to announce a special, supplemental lecture, sponsored jointly by the Bancroft Library and the Department of History.  Sherry Smith, Dedman Family Distinguished Professor of History and Associate Director, Clements Center for Southwest Studies, Southern Methodist University will speak about her latest book, Hippies, Indians and the Fight for Red Power (Oxford, 2012).  The talk will take place at noon on Tuesday, April 9 in room 3335 Dwinelle Hall.

Throughout much of the 20th century, federal policy toward Indians sought to extinguish all remnants of native life and culture. That policy was dramatically confronted in the late 1960s when a loose coalition of hippies, civil rights advocates, Black Panthers, unions, Mexican-Americans, Quakers and other Christians, celebrities, and others joined with Red Power activists to fight for Indian rights. In Hippies, Indians and the Fight for Red Power, Sherry Smith offers the first full account of this remarkable story.

The entire community is invited to join us for this talk to learn more about the initial formation of the coalition of the disenfranchised which has continued to play a major role in many aspects of American cultural and political life.  We are happy to be able to take advantage of Professor Smith’s presence in our area to offer this unusual opportunity to hear her speak.