After consultation with students, faculty, and staff from across campus, the University Library confirms the decision to merge the Sheldon Margen Public Health Library and the Marian Koshland Bioscience & Natural Resources Library at UC Berkeley. The reconfiguration of these two important libraries in the Life & Health Sciences Division of the University Library will better address current campus and research needs.

The Library staff and the collection from the Public Health Library will be relocated to the Valley Life Sciences Building and integrated with the vision and operations of the campus library there. The Library will continue to memorialize Sheldon Margen’s contributions to the school, the university, and the field.

To reach this decision, the Library received feedback from individuals from a number of departments and key campus stakeholders after a call for comment was issued in September.

Read the complete announcement for details on services and the timeline ahead.

When Jennifer Doudna was in high school, a guidance counselor called her into his office to talk to her about her career.

“What do you want to be when you grow up?” Doudna recalls him asking.

“I want to be a scientist,” Doudna said.

“Girls don’t do science,” she remembers him saying.

She has been proving him wrong ever since.

For one, the UC Berkeley professor co-invented CRISPR-Cas9 gene editing, hailed as the biggest biological breakthrough since the discovery of DNA’s molecular structure in the 1950s. The technology comes with the possibility of curing devastating diseases and improving lives but also raises ethical questions.

“If you have a tool that allowed precision changes to DNA to be made,” she said, “that provides a way that, in principle, one could alter human evolution by making changes that could become inherited by future generations.”

In the years that followed, Doudna has become instrumental in raising awareness and broadening understanding — within the scientific community and beyond — about the technology. It’s a duty Doudna doesn’t take lightly. “It’s something I feel deeply passionate about,” she said.

Doudna sat down in front of an audience Tuesday in the Bioscience & Natural Resources Library for a chat about her book (“A Crack in Creation” is out this year), her life, and her scientific breakthrough.

Here are five things we learned.

1. Her upbringing in Hawaii influenced her career path.

Growing up, Doudna lived in Hilo, a “small, rural town,” on the big island of Hawaii. It was living in Hawaii, surrounded by diverse wildlife (“blind cave spiders and all kinds of interesting plants,” she said) that sparked her lifelong love of science.

“When I think back on how I got interested in science and biology and chemistry,” she said, “it really, I think, stems from growing up in that island environment and wondering about how organisms can evolve to live in a setting like that.”

And in 10th grade, Doudna’s interest in science deepend, thanks to a chemistry teacher, Miss Wong, who “taught us kids that science was about solving puzzles — it was about asking questions and figuring out how to answer them.”

“I absolutely loved it,” she said. “It was fun, and I started imagining that it would be really great to grow up and have someone pay me to do what I thought was just kind of fun — playing around in a lab.”

2. Even bioscientists get the blues.

In her 40s — and well into her second decade of running her lab — she started to question whether her work was going to have an impact.

“I really almost had sort of a midlife crisis,” she said.

She took a leave of absence at Berkeley for an opportunity at a company — which, in retrospect, was the wrong move.

Although it was a great company, she began to realize, “It was just the wrong fit for me,” she said. “I felt it in my gut. This is not where I’m meant to be.”

“I realized that I just loved working with students. I loved being at a public university,” she said. “I really believed in that mission of having education available to anyone who can come and wants to learn and wants to work at this wonderful place that we have here.”

She asked her former colleagues at UC Berkeley if she could return.

“They took me back,” she said.

3. She didn’t like the name of her book at first.

Neither Doudna nor co-author Samuel Sternberg liked the title “A Crack in Creation,” which their editor suggested.

Neither could think of a better title, and they were eventually won over.

“It does sort of convey this idea that … we’re sort of at a fork in the road, in a way, and it really does feel kind of profound at times to me,” she said. “We’re at a point where now we as a species have a tool that will allow us to control … who we are.”

4. She has a complicated relationship with the spotlight.

“People have called me the public face of CRISPR, and I’m sort of shocked by it,” she said.

But with glare of the spotlight comes the opportunity to raise awareness and educate the public.

“I feel sort of a sense of honor that I’ve been sort of thrust into this position of being a spokesperson for science, and it’s something that I feel deeply passionate about,” she said.

5. She had a brush with rock royalty.

With her profile having reached new heights come opportunities that she had never previously imagined.

“I was at a thing in London not long ago, and I turned around, and behind me was (rock guitarist) Jimmy Page,” she said. “We just struck up a conversation. We started talking about science, and about guitars, and Led Zeppelin.

“And I said to him, ‘I’m such a fangirl. I mean, I listened to your music growing up. Would you mind if I took a picture with you?’

“And (now) I have a picture with Jimmy Page.” 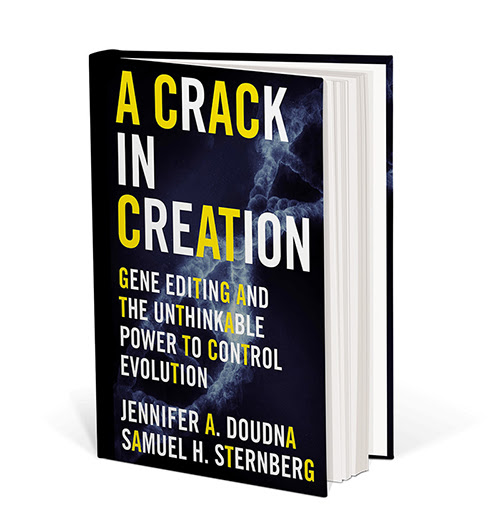 Dr. Jennifer A. Doudna, Professor of Molecular and Cell Biology and Chemistry, UC Berkeley and Investigator, Howard Hughes Medical Institute, will discuss her new book, A Crack in Creation: Gene Editing and the Unthinkable Power to Control Evolution, a fascinating chronicle of the discovery of CRISPR and the ethical questions to come.

The Library attempts to offer programs in accessible, barrier-free settings. If you think you may require disability-related accommodations, please contact the event sponsor, Susan Koskinen, skoskine@berkeley.edu, as soon as possible.

A representative from Qiagen will offer a hands-on training workshop on using IPA to interpret expression data (including RNA-seq).

You are invited to participate in this free training, and are encouraged to bring your own laptop or use the computer workstations in our training room.

The workshop will cover how to:

The comment period is open through Friday October 6, 2017. We invite you to submit comments via email to libraryforum@lists.berkeley.edu.

We are sharing the proposed reconfiguration of these two important libraries in the Life & Health Sciences Division of the University Library to better address current campus and research needs. Part of the classical core of the campus, the Valley Life Sciences Building is home to the Marian Koshland Bioscience & Natural Resources Library, and the future home of the “Marian Koshland Bioscience, Natural Resources & Public Health Library”.

No pre-registration is required; all are welcome.

Want to make your searches for biomedical information more effective and efficient? The Library’s Life and Health Sciences Division is holding a hands-on workshop on advanced features of PubMed, including:

No pre-registration is required; all are welcome.

The workshop will cover selecting the proper tools for your question, navigating through the interlinked NCBI databases, and saving your results. It will be offered twice:

Open to all interested students and researchers; no registration is required. 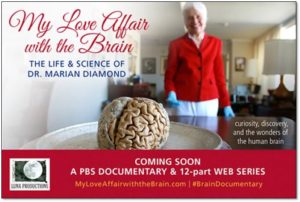 Take a break in the Bioscience Library on Thursday, May 4, 12 Noon-1, watch, “My Love Affair with the Brain, The Life and Science of Dr. Marian Diamond”.  See Dr. Diamond’s famous hat box and her life in science.