In the spirit of Open Access Week worldwide, here’s an open access journal Ticontre: Theory Text Translation published at the Università degli studi di Trento provides a platform for open discussion on the literary text that is not only innovative but also keen to acknowledge core components of the European and American tradition.

With particular attention given to the work of emerging and early career scholars, Ticontre engages with medieval, modern and contemporary literature and with studies that deal with broad diachronic frames. As such, the journal also values investigations that engage with classical literatures within a grounded, progressive and reception-focused theoretical perspective.

The independent publishing house Edizioni e/o was founded in Rome in 1979 by Sandro Ferria and Sandra Ozzola who had a profound interest in cultural dialogue and exchange. Early on they focused on literary translations into Italian, particularly with writers from Eastern Europe, but soon began to publish writers from their own country as Lia Levi, Gioconda Belli, and Elena Ferrante. In 2005, the founders launched Europa Editions which brings into the English-speaking world some of the Europe’s best contemporary writers. Here are a few of the latest Edizioni e/o titles in Italian that can be found in Berkeley’s collection:

David Laskin’s article in yesterday’s New York Times gave a delectable overview of some of Italy’s historical libraries as not only keepers of intellectual treasures but as physical spaces to carry out research. While web portals such as Europeana or Internet Culturale are bringing us closer to Europe’s rare books and primary resources, conducting archival research in renaissance libraries such as the Biblioteca Nazionale Marciana in Venice, the Biblioteca Vallicelliana in Rome, or the Biblioteca Medicea Laurenziana designed by Michelangelo in Florence will never be completely replicated online.

UC Berkeley may not have paintings by Titian or Veronese decorating its reading rooms, but it is home to one of the most significant Italian collections on the West Coast with medieval manuscripts, incunabula, and early modern works in The Bancroft Library, and an extraordinary collection of 19th and 20th century Italian books and journal runs in the Main Stacks. The Library collects in all divisions of Italian history and literature, from the medieval and renaissance periods to the present. For the 20th and 21st centuries, the collection tends to focus more heavily on new literature(s), literary and cultural theory, cinema, historiography, Italian colonial presence in Africa, national and regional identity politics, and comparative studies with other Romance traditions. The Art History/Classics Library in Doe, the Hargrove Music Library, and the Environmental Design Library are all places on campus where the Italian collection continues to thrive. 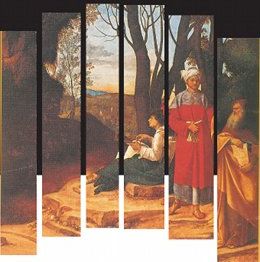