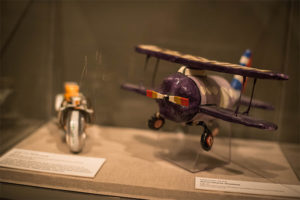 Next week will be the last full week of the Bancroft’s New Favorites Gallery Exhibit, which closes on 1 September.

The gallery is open from 10am-4pm, Monday through Friday, excluding holidays.

For the first time in many years The Bancroft Library presents an exhibition of recent additions to its major collections. The exhibition also includes recently rediscovered masterpieces carefully collected in years past. Gold-Rush-era memoirs and advertisements, early editions of William Langland and Jane Austen, “branded” books from 18th c. Mexico, and David Johnson’s photographs of the African American community in San Francisco after World War II are but a few of the items featured. The exhibition showcases the Bancroft curators and their distinctive collecting practices, which expand the remarkable vision of library founder Hubert Howe Bancroft—documenting California as it was happening and building a library for the American West that would rival its older European antecedents.