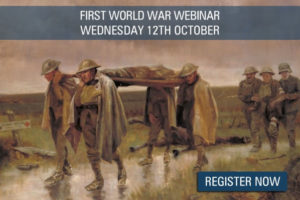 Adam Matthew Digital is offering a webinar to introduce users to the resources contained in the three modules contained in The First World War, an online resource that has been acquired by The Library.

“Rich in primary source content from world-class libraries and archives, the First World War Portal provides online access to the everyday lives of the men and women who served on all sides during the Great War. The resource contains hundreds of diaries, letters, scrapbooks, albums, notebooks, photographs, sketches, paintings, maps, postcards, posters, official documents, souvenirs, manuscripts, typescripts, a virtual trench experience and stunning objects in 360-degree views. Join us as we explore the resource and its contents in detail.”

Please complete all the fields required below to register successfully and receive access details.
12th October 2016

Over There: Missouri & the Great War is a statewide collaborative digitization project to document Missouri’s role in World War I. The digital collection of historical documents, photographs, artifacts, oral histories and other material has been sourced from museums, archives, libraries, and private collections from across Missouri.

This site can now be found on the History: America library research guide. 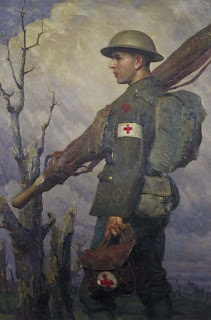 The First World War is a recently acquired digital archive made up of three collections of mainly primary but some secondary sources. A large proportion of the materials are in English, but German, French, Italian, and Spanish materials are also included. The materials were selected from libraries, archives, museums and other collections in Great Britain, the United States, Germany, and a few additional countries.

The Personal Experiences collection draws on diaries, trench journals, posters, art, sheet music, photographs, and other documents to provide insight on the lives of soldiers on both sides of the conflict. Subjects addressed include trench warfare and the conditions in the trenches, battles, health and medicine, camaraderie and friendship, food and supplies, and many others.

Visual Perspectives and Narratives “features a diverse range of unique material from the holdings of Imperial War Museums. Through various visual and documentary resources, such as official and personal photographs, manuscripts, rare printed material, artwork, objects and film, this profound collection presents international perspectives on the conflict, the Home Front, the role of women during the war, and much more.” [source]

The collections can be searched separately or concurrently and searches can be limited by type of material, language, source, and theater of war. The advanced search provides the most flexibilty.

Additional features include interactive maps and a maps gallery, visual galleries and a 360 object gallery, secondary source essays, and reference tools such as a glossary and chronology. 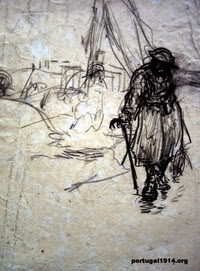 Europeana 1914-1918 is an ongoing effort to digitize primary and secondary pan-European resources illustrating the history of World War I. The collection will include over 400,000 documents digitized by 10 state libraries in Europe, 600 hours of unique film material, and personal papers and memorabilia of people involved in the war.

World War I Postcards from the Bowman Gray Collection includes war-themed cards produced in Great Britain, France, Italy, Germany, Russia, and the U.S. during the war. More than 6,400 cards are on display in this collection and are searchable and browsable by different categories.

First World War 100 at The National Archives is a collection of British armed forces records and government papers being digitized to commemorate the 100th anniversary of the war.