The Oral History Center of The Bancroft Library is pleased to announce the release of a new life history interview with Wayne Feinstein, who served as Executive Director of the Jewish Community Federation of San Francisco, the Peninsula, Marin and Sonoma Counties from 1991 to 2000.

Wayne Feinstein was born Albany, New York, in 1952 and raised largely in Columbus, Ohio. He was active in his local Jewish congregation as a teenager and seriously considered the idea of attending seminary. He took an undergraduate degree from Colgate College and after graduation went to work for a series of Jewish community nonprofits, including: the United Jewish Appeal, the Jewish Welfare Federation in San Francisco, and the Council of Jewish Federations in New York. His first leadership role was as executive director of the Jewish Federation of Metropolitan Detroit, which was followed by years heading up the Los Angeles Jewish Federation and the San Francisco Jewish Community Federation, where he was executive director from 1991 to 2000. In 2000, he switched careers, going into the private sector, eventually becoming a vice president at the Capital Group. In this interview, Feinstein discusses his childhood, education, and experiences formative in the development of his decision to serve the Jewish community for roughly three decades. He surveys the landscape of Jewish communal organizations and describes how the roles played by those organizations changed over the last quarter of the 20th century. Feinstein details, in particular, the three federations for which he served as staff executive, focusing on the fundraising and service functions of those organizations. 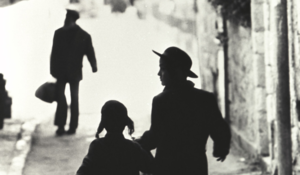 The Library has a trial of the U.S. Jewish Newspaper Collection from ProQuest, which includes:

The Jewish Advocate (1905-1990)
The Jewish Advocate serves as a primary source of news and information as well as a forum for discussion and debate, providing lines of communication uniting the community and supporting the efforts aimed at reinvigorating and broadening Jewish religious and cultural life.

Jewish Exponent (1887-1990)
The Jewish Exponent has carried news of developments in Israel, efforts to rescue Jews the world over from repressive regimes, and the ever-expanding role of Jews in American public life. Along the way, it has garnered honors each year from the American Jewish Press Association for excellence in Jewish journalism for its news, features, reviews and commentary.

The trial will run through October 7, 2016. Your feedback to dorner@berkeley.edu about the usefulness of this resource would be appreciated.