In a 2012 issue of European Review of Latin American and Caribbean Studies / Revista Europea de
Estudios Latinoamericanos y del Caribe, No. 92 (April 2012), we see the descriptions of  La Protesta- Argentina’s important historical anarchist newspaper as follows, “The Argentinean newspaper La Protesta was founded in 1897. After some years, it became the most important anarchistic newspaper in the country. It had close ties with the Regional Workers Federation (FORA) that was established in 1901. The history of La Protesta gives a good overview on the themes concerning the Latin American realities in the first decades of the twentieth centuries (pg. 2).”

Argentina’s “AMÉRICALEE,” portal dedicated to the Latin American Periodicals of the 20th century, declared that one could freely access the issues of La Protesta Online. 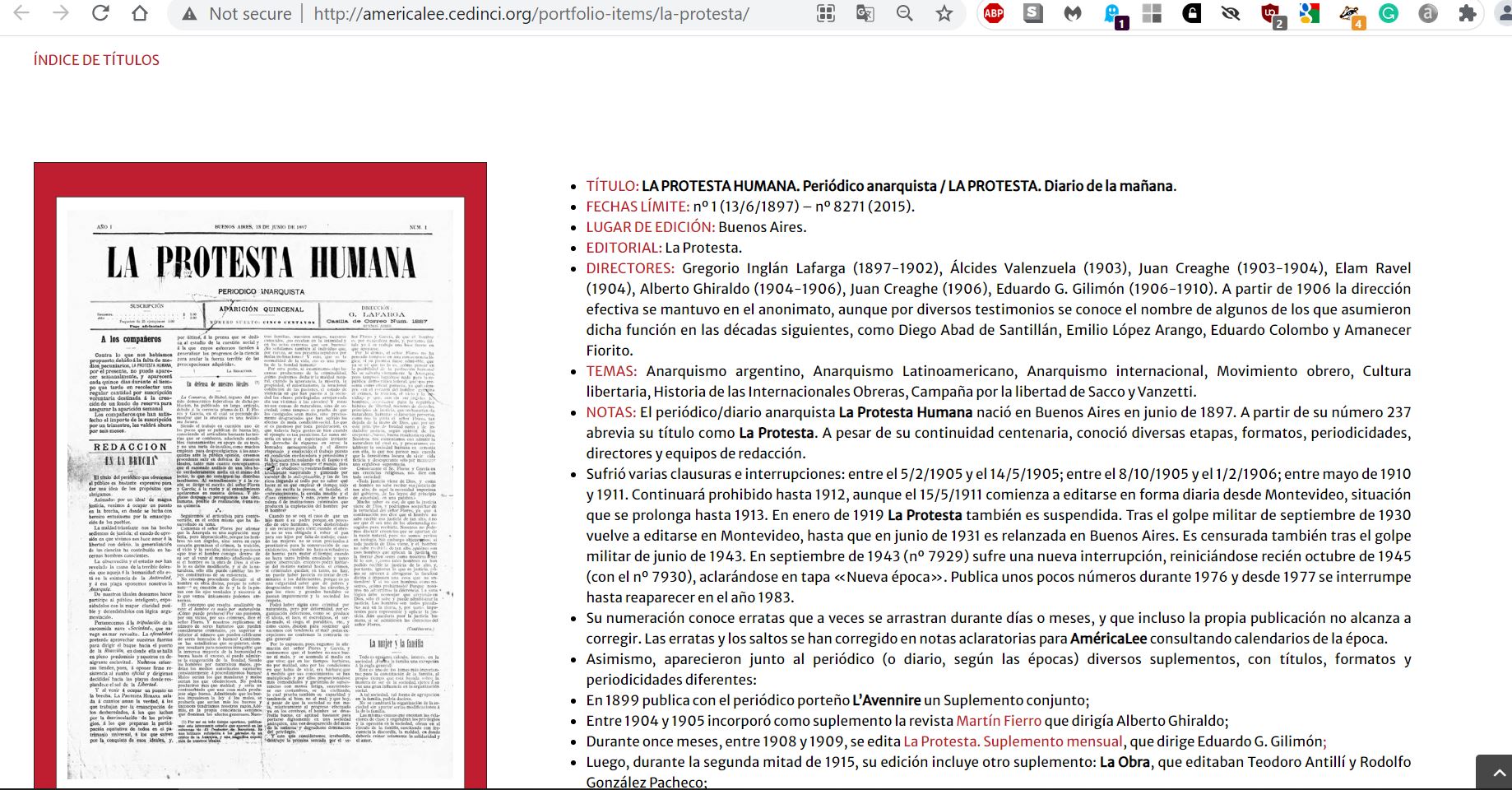 One can download issues in their PDF format here. Several other left-leaning titles have been digitized, and the researchers can access these OA titles.

See the rest of the issues of La Protesta through 2015, by clicking on the image below and then scrolling down.