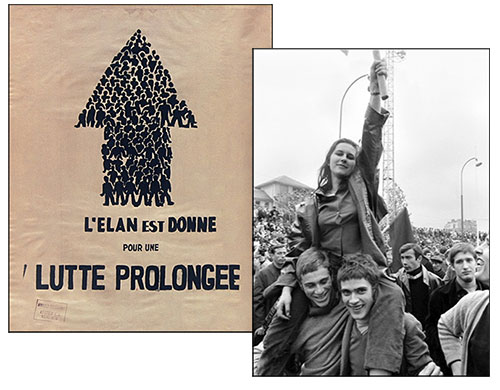 As May ’68 approaches its fiftieth anniversary, the Mai 68: Library Research Guide serves as a starting point for interdisciplinary research of all levels into this specific historical moment and also commemorates the ways the movement opened up a broader discourse into social emancipation, including feminism, anti-racism, ecology, and gay rights. As home to the Free Speech Movement and the first large-scale protest against the Vietnam War in 1964, UC Berkeley has a special connection with May ’68, and the depth of our library collection on the topic is a testament to that transatlantic link.