Lately, things have been challenging and uncertain. We’re enduring an order to shelter-in-place, trying to read the news, but not too much, and prioritize self-care. Like many of you, we here at the Oral History Center are in need of some relief.

So, we’d like to provide you with some. Episodes in this series, which we’re calling “Coronavirus Relief,” may sound different from those we’ve produced in the past, that tell narrative stories drawing from our collection of oral histories. But like many of you, we, too, are in need of a break.

The Berkeley Remix, a podcast from the Oral History Center of the Bancroft Library at the University of California, Berkeley. Founded in 1954, the Center records and preserves the history of California, the nation, and our interconnected world.

We’ll be adding some new episodes in this Coronavirus Relief series with stories from the field, things that have been on our mind, interviews that have been helping us get through, and finding small moments of happiness.

Our third episode is from Amanda Tewes. 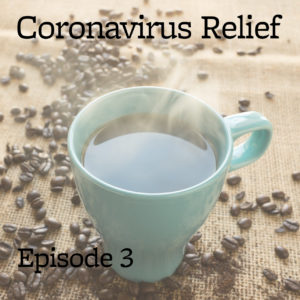 Greetings, everyone. This is Amanda Tewes.

As we are all still hunkering down at home, I wanted to share with you a few selections from Robert Putnam’s classic book, Bowling Alone: The Collapse and Revival of American Community. Now, I can’t say that this book is a personal favorite of mine – in fact, it brings up some not-so-fun memories of cramming for my doctoral exams in American history – but it has been on my mind lately, especially in thinking about our shifting social obligations to one another in times of crisis, like the 1918 Influenza Epidemic or the heady days after 9/11.

Putnam published Bowling Alone in 2000, following decades of what he saw as degenerating American social connections, and much of the book reads like a lament of a changing American character.

In the context of our current moment, the following passages stood out to me:

The Charity League of Dallas had met every Friday morning for fifty-seven years to sew, knit, and visit, but on April 30, 1999, they held their last meeting; the average age of the group had risen to eighty, the last new member had joined two years earlier, and president Pat Dilbeck said ruefully, “I feel like this is a sinking ship.” Precisely three days later and 1,200 miles to the northeast, the Vassar alumnae of Washington, D.C., closed down their fifty-first – and last – annual book sale. Even though they aimed to sell more than one hundred thousand books to benefit college scholarship in the 1999 event, co-chair Alix Myerson explained, the volunteers who ran the program “are in their sixties, seventies, and eighties. They’re dying, and they’re not replaceable.” Meanwhile, as Tewksbury Memorial High School (TMHS), just north of Boston, opened in the fall of 1999, forty brand-new royal blue uniforms newly purchased for the marching band remained in storage, since only four students signed up to play. Roger Whittlesey, TMHS band director, recalled that twenty years earlier the band numbered more than eighty, but participation had waned ever since. Somehow in the last several decades of the twentieth century all these community groups and tens of thousands like them across America began to fade.

It wasn’t so much that old members dropped out – at least not any more rapidly than age and the accidents of life had always meant. But community organizations were no longer continuously revitalized, as they had been in the past, by freshets of new members. Organizational leaders were flummoxed. For years they assumed that their problem must have local roots or at least that it was peculiar to their organization, so they commissioned dozens of studies to recommend reforms. The slowdown was puzzling because for as long as anyone could remember, membership rolls and activity lists had lengthened steadily.

In the 1960s, in fact, community groups across America had seemed to stand on the threshold of a new era of expanded involvement. Except for the civic drought induced by the Great Depression, their activity had shot up year after year, cultivated by assiduous civic gardeners and watered by increasing affluence and education. Each annual report registered rising membership. Churches and synagogues were packed, as more Americans worshipped together than only a few decades earlier, perhaps more than ever in American history.

Moreover, Americans seemed to have time on their hands. A 1958 study under the auspices of the newly inaugurated Center for the Study of Leisure at the University of Chicago fretted that “the most dangerous threat hanging over American society is the threat of leisure,” a startling claim in the decade in which the Soviets got the bomb. Life magazine echoed the warning about the new challenge of free time: “Americans now face a glut of leisure,” ran a headline in February 1964. “The task ahead: how to take life easy.” …

…For the first two-thirds of the twentieth century a powerful tide bore Americans into ever deeper engagement in the life of their communities, but a few decades ago – silently, without warning – that tide reversed and we were overtaken by a treacherous rip current. Without at first noticing, we have been pulled apart from one another and from our communities over the last third of the century.

Before October 29, 1997, John Lambert and Andy Boschma knew each other only through their local bowling league at the Ypsi-Arbor Lanes in Ypsilanti, Michigan. Lambert, a sixty-four-year-old retired employee of the University of Michigan hospital, had been on a kidney transplant waiting list for three years when Boschma, a thirty-three-year-old accountant, learned casually of Lambert’s need and unexpectedly approached him to offer to donate one of his own kidneys.

“Andy saw something in me that others didn’t,” said Lambert. “When we were in the hospital Andy said to me, ‘John, I really like you and have a lot of respect for you. I wouldn’t hesitate to do this all over again.’ I got choked up.” Boschma returned the feeling: “I obviously feel a kinship [with Lambert]. I cared about him before, but now I’m really rooting for him.” This moving story speaks for itself, but the photograph that accompanied this report in the Ann Arbor News reveals that in addition to their differences in profession and generation, Boschma is white and Lambert is African American. That they bowled together made all the difference. In small ways like this – and in larger ways, too – we Americans need to reconnect with one another. That is the simple argument of this book.

There is a lot to find discouraging these days, but I actually have been heartened to see the ways in which Americans – and individuals the world over – have been committing and recommitting to each other and to their communities. Citing a “now more than ever” argument, folks are setting up local pop-up pantries with food, household supplies, and books; some are reaching out to their neighbors for the first time; and of course, we are practicing social distancing not just to keep ourselves safe, but also our communities.

Witnessing these acts, I have to wonder if Putnam’s argument about a decline in social obligations and connectivity was just one moment in American history and not a full picture. What will the historical narrative about this time be? Are we now experiencing a blip in social relations, or is this a great turning point? I’m hoping for the latter.

Stay safe, everyone. Until next time!