During the first few months that I was settling into life in the Bay Area after moving across the country, I often listened to WNYC, a New York City-based radio station. One morning, as I was riding my bike to work, the host of their call-in show, akin to KQED’s Forum, announced the upcoming segment.

My heart started to race. This call out felt so personal. They had gotten it so wrong. I pulled over and dialed their number. A producer answered, unaware of their error.

“I just heard your next segment is on the oral history of nostalgia,” I said. “But that’s not oral history.”

Confused, she asked me to explain what I meant. It was October of 2013, and I was fresh off earning a Master’s Degree in Oral History. I had spent a year taking method and theory classes, learning about what defines the discipline, exploring its boundaries. I had my interviews critiqued, my questions workshopped, and had been pushed to dig deeper into my research, all in the name of preparation. This felt dismissive of the work that we oral historians put into our interviews. It devalued the time (and money) that I’d put into my degree, and the job that I had just landed at UC Berkeley’s Oral History Center.

As I tried to explain what oral history is and how what they were doing in this segment wasn’t it, I realized it would be impossible to fit into a two sentence elevator pitch. There’s so much that defines oral history, that makes it unique, distinct from other methods, that I could feel myself having trouble reducing it to something easy to pitch, just as they had to listeners.

After I hung up the phone, I thought about why they called this segment “oral history.” I’m still thinking about it. The term became popular when magazines started running vox populi style interviews weaving together soundbites from different people to create a narrative. They ran pieces about the about the making of a movie, like Jurassic Park, or a TV show, like The Simpsons. Later, it became a household term when StoryCorps partnered with NPR to bring us our Friday driveway moments, produced from a carefully edited interview excerpt. Lately, it has seeped into literature. More and more, I see “oral history” to describe a work of memoir, creative nonfiction, and even fiction. Recently, I was reading the Sunday New York Times book review section and they positioned a new memoir as “part oral history, part urban history.” I couldn’t wrap my head around what this meant. How was it oral history? Had the author done interviews? How was this different from a regular memoir? And lately, I’ve seen a few journalists refer to themselves as oral historians without seeming like they have a solid understanding of what the term means, aside from it involving interviews. 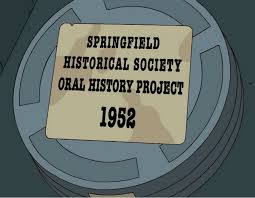 Where does this lack of understanding stem from? Why is the term “oral history” battered around so easily? When did it first get misappropriated? The origin of the Entertainment Weekly and Vanity Fair versions are relatively straightforward, descending from the Jean Stein-style books like Edie: American Biography, which is constructed from interviews with people who knew Edie Sedgwick after her death in 1971, or books that recounted musical eras, like We Got the Neutron Bomb by Mark Spitz and Brendan Mullen (which also served as my first introduction to oral history when I was in high school) or Please Kill Me by Legs McNeil and Gillian McCain. As for where the rest of it came from – like the recent trend in literature – it’s anyone’s guess.

The problem with these mediums is that they can’t accomplish the same things that actual oral history does. These narratives just provide soundbites, while oral history gives us much more context. They don’t include any audio (or video), so we lose the ability to connect with a human voice. They are highly edited, whereas oral history allows people to speak in their own style. They are usually layered with other voices, instead of giving someone individual space to fully narrate their own story.

The link in @notoralhistory’s bio takes you to the Oral History Association’s website, to the page where they define oral history. Here, they share a quote from Donald Ritchie’s book, Doing Oral History. He writes:

“Oral History collects memories and personal commentaries of historical significance through recorded interviews.  An oral history interview generally consists of a well-prepared interviewer questioning an interviewee and recording their exchange in audio or video format.  Recordings of the interviews are transcribed, summarized, or indexed and then placed in a library or archives. These interviews may be used for research or excerpted in a publication, radio or video documentary, museum exhibition, dramatization or other form of public presentation. Recordings, transcripts, catalogs, photographs and related documentary materials can also be posted on the Internet. Oral history does not include random taping, such as President Richard Nixon’s surreptitious recording of his White House conversations, nor does it refer to recorded speeches, wiretapping, personal diaries on tape, or other sound recordings that lack the dialogue between interviewer and interviewee.”

Oral history can accomplish so much. It gives us insight into the past, hearing directly from the people who lived through various moments in history. By archiving the recordings, we can listen to how narrators tell their stories, and gain insight into why they told it this way. We can put a human face on history and learn from those who came before us. And, when oral history is done right, through careful preparation, research, and recording, we can ensure that these people are not forgotten, their stories not reduced to a soundbite.

It is with similar intention that we are devoting many of our articles this month that revolve around the boundaries of oral history. You’ll hear from us about our experience doing oral history and what makes it different from other disciplines and methods. We hope you follow along.