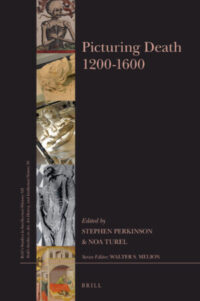 “Picturing Death: 1200–1600 explores the visual culture of mortality over the course of four centuries that witnessed a remarkable flourishing of imagery focused on the themes of death, dying, and the afterlife. In doing so, this volume sheds light on issues that unite two periods—the Middle Ages and the Renaissance—that are often understood as diametrically opposed. The studies collected here cover a broad visual terrain, from tomb sculpture to painted altarpieces, from manuscripts to printed books, and from minute carved objects to large-scale architecture. Taken together, they present a picture of the ways that images have helped humans understand their own mortality, and have incorporated the deceased into the communities of the living.” – From Brill.com 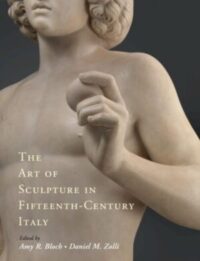 In The Art of Sculpture in Fifteenth-Century Italy:

Relief Effects in Donatello and Mantegna

This is available in Doe Main Stacks as well as online from Cambridge Core.

“Fifteenth-century Italy witnessed sweeping innovations in the art of sculpture. Sculptors rediscovered new types of images from classical antiquity and invented new ones, devised novel ways to finish surfaces, and pushed the limits of their materials to new expressive extremes. The Art of Sculpture in Fifteenth-Century Italy surveys the sculptural production created by a range of artists throughout the peninsula. It offers a comprehensive overview of Italian sculpture during a century of intense creativity and development. Here, nineteen historians of Quattrocento Italian sculpture chart the many competing forces that led makers, patrons, and viewers to invest sculpture with such heightened importance in this time and place. Methodologically wide-ranging, the essays, specially commissioned for this volume, explore the vast range of techniques and media (stone, metal, wood, terracotta, and stucco) used to fashion works of sculpture. They also examine how viewers encountered those objects, discuss varying approaches to narrative, and ponder the increasing contemporary interest in the relationship between sculpture and history.” -From Cambridge.org 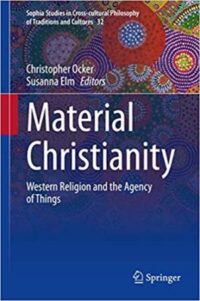 In Material Christianity: Western Religion and the agency of Things:

“This collection of essays offers a series of rigorously focused art-historical, historical, and philosophical studies that examine ways in which materiality has posed and still poses a religious and cultural problem. The volume examines the material agency of objects, artifacts, and environments: art, ritual, pilgrimage, food, and philosophy. It studies the variable “senses” of materiality, the place of materiality in the formation of modern Western religion, and its role in Christianity’s dialogue with non-Western religions. The essays present new interpretations of religious rites and outlooks through the focus on their material components. They also suggest how material engagement theory – a new movement in cultural anthropology and archeology – may shed light on the cultural history of Christianity in medieval and early modern Europe and the Americas. It thus fills an important lacuna in the study of western religion by highlighting the longue durée, from the Middles Ages to the Modern Period, of a current dilemma, namely the divide between materialistic and what might broadly be called hermeneutical or cultural-critical approaches to religion and human subjectivity.” – From Springer.com