Welcome to the Oral History Center’s Home Page for 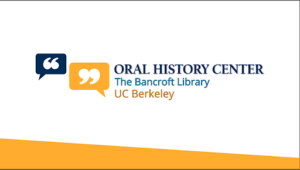 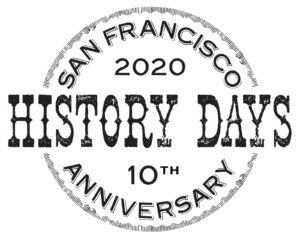 The Oral History Center is an independent research unit of the Bancroft Library at UC Berkeley. Established in 1953, the OHC has been responsible for compiling one of the largest and most widely-used oral history collections in the country. Many of California’s high-profile citizens — from governors and senators to actors, artists and industrialists — have been interviewed by our office. And no region is better represented in this collection than San Francisco and the Bay Area. Below is just a sample of the Center’s work over the decades. Here we feature:

Explore These Features and Much More Below!

Rick Laubscher is an award-winning journalist, public relations executive, and founder of Market Street Railway in San Francisco. A fourth generation San Franciscan, Rick’s long career in journalism, business, and civic activism has centered on his beloved city. This edited video details how streetcars came back to San Francisco through the dedicated work of city residents like Rick. This is an excerpt of his larger oral history, which covers the Laubscher family business on Market Street, his careers at KRON and Bechtel, as well as the many civic activities he undertook in the city. You can access the full transcript of that oral history here. 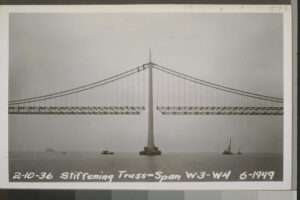 Oakland and San Francisco since it opened to the public in 1936. To be sure, no structure binds together the region, nor symbolizes its interconnectedness, like the Bay Bridge. The Oral History Center conducted this project in 2012. The majority of interviewees for this project spent their careers working on and around the bridge, and they offer their perspectives on the engineering achievements, the maintenance challenges, and the complex symbolism of this massive structure. The Project Page features the full transcripts of those oral history interviews, as well as four edited videos that cover the areas of engineering and construction of the bridge, its maintenance, and the 1989 Loma Prieta earthquake. Access The Project Page Here

Joseph Alioto – 36th Mayor of San Francisco, and accomplished lawyer, banker, and businessman in the city.

Warren Hinckle – Famed journalist, editor, and publisher, as well as one of San Francisco’s favorite iconoclasts

Quentin Kopp – Elected representative on San Francisco Board of Supervisors

Sylvia McLaughlin – Environmentalist, civic activist, and one of the founders of the Save The Bay movement

Search Our Collection On Your Own!

The Oral History Center collection of over 4,000 interviews is now full-text searchable across the entire collection. With just a few keystrokes, you can search the entire collection and find that “needle in the haystack’ you’re looking for and much more! Type in “San Francisco” and see the many oral histories related to the City in the Bancroft collection. Click Here for search page.

In 2016, The Oral History Center kicked off a podcast series that highlighted the unique and valuable oral histories in our collection. Below we feature Season 3 of the Berkeley Remix 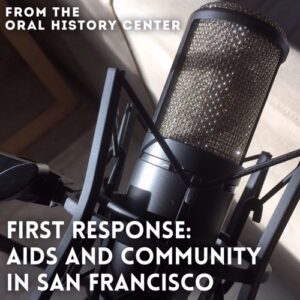 This podcast is about the politics of the first encounters with the AIDS epidemic in San Francisco. The six episodes draw from the thirty-five interviews that Sally Smith Hughes conducted in the 1990s. A historian of science at UC Berkeley’s Oral History Office, Sally interviewed doctors, nurses, researchers, public health officials and community-health practitioners to learn about the unique ways that people responded to the epidemic. The interviews we selected for this podcast are focused on public health, community engagement, and nursing care. Most of the following podcast episodes are about the period from early 1981, when the first reports emerged of an unknown disease that was killing gay men in San Francisco, to 1984 and the development of a new way of caring for people in a hospital setting.

The Oral History Center is excited to announce the launch of this new project documenting the lives, careers, and experiences of women in Bay Area politics. To kick things off, the OHC recently hosted a livestream panel with former San Francisco Supervisor Louise Renne, Pittsburg Councilmember Shanelle Scales-Preston and Oakland Mayor Libby Schaaf.

The Oral History Center currently receives (and historically has received) only a very small portion of its operating budget from the university or the State of California. Throughout most of its history, OHC expenses—including staff salaries and benefits, equipment, transcription, and travel—have been funded through a mixture of charitable donations by individuals and corporations, as well as grants and contracts in support of specific oral history projects.

The OHC also benefits from a small number of endowments, which support the position of the Center’s director and new project research and development. Most of the funding received, either from donations, contracts, or endowments, is earmarked for specific oral history projects. As a result, OHC is not typically in a position to pick and choose precisely the projects we undertake and the individuals we interview without first securing the necessary funding.

Thus, we actively seek partnerships with individuals, foundations, agencies, and corporations that will work with us to establish a research agenda that responds to the needs of students, scholars, and the public at large.

For more information on the OHC and its work, please visit the OHC website