After the successful trial of Socialism on Film database, and with the several library colleagues and library administration’s support, I am glad to announce that we were able to purchase this Adam Matthew’s database. The database can be accessed here.  Please authenticate using the EZ proxy or VPN.

This collection of films reveals war, history, current affairs, culture, and society, as seen through the socialist lens. It covers countries such as the USSR, Vietnam, China, Korea, much of Eastern Europe, the GDR, and Cuba. [1917-1989] This unique collection of documentary films, features, and newsreels reveals all aspects of life as seen by filmmakers from the USSR, Vietnam, Cuba, China, East Germany, Eastern Europe and more. The footage was versioned into the English language for private distribution in Britain and the West. This is the largest film collection of its kind to survive in Western Europe. The films have been conserved, digitized from the original 16mm and 35mm reels, and are fully transcribed and searchable. 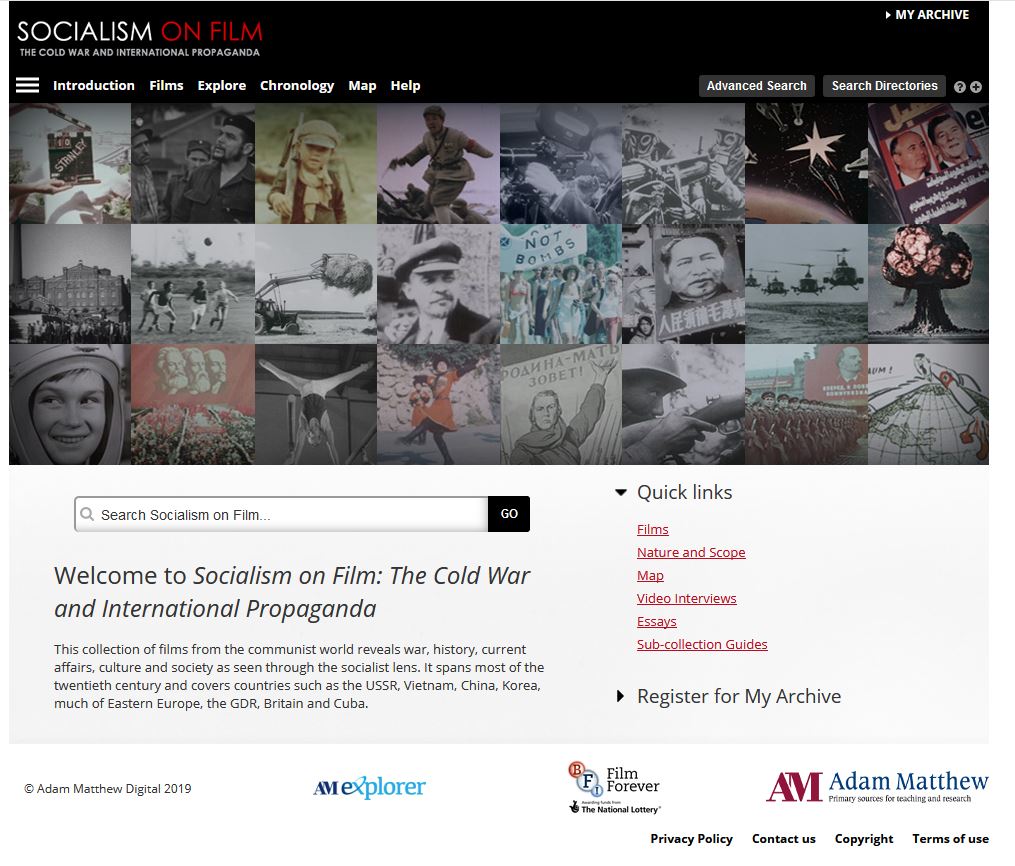