One cannot ignore the Soviet Union’s domestic policies such as rights to women’s reproductive health, right to vote, right to literacy and work along with their male counterparts were forward-looking within a restrictive ideological framework of the country. The ethnic female population of the Soviet Union that consisted of several different nationalities had equal rights like their European counterparts from the Baltics, Belarus, European Russia, and Ukraine.   Despite the ideological entrapment, there were levels of flexibilities that its citizens had with many limitations. And by no means, the Soviet Union was a paradise for the workers and peasants.

The Soviet Women’s journals have been indexed by my colleague Ms. Diana Greene who is librarian-emerita at the NYU. I am grateful to my colleagues Slavic Cataloguer Ms. Jean Dickinson for her quick work with cataloging and Ms. Elena Zaslavsky for her quick processing of these wonderful artifacts of the past through our order division.

I am glad to report that we were able to acquire this rare journal for UC Berkeley’s Library. The journal is cataloged and the record can be found here. Since my arrival at UC Berkeley in 2012, I have focused on building the Soviet Women related collection at the library. Please see the images of these journals by clicking on the icon below or here. Please note that the Soviet Union’s printing technologies of the thirties had several limitations and the Soviets did not have the advantage of the Photoshop and the other technologies of the sort. Nevertheless, Zhenskiĭ zhurnal / Женский журнал represents one small step towards expressing the constrained ideals of Soviet Women under the watchful eye of the Stalinist repressive tactics. And one can only wonder about the staged photos and stylized graphics of this journal. 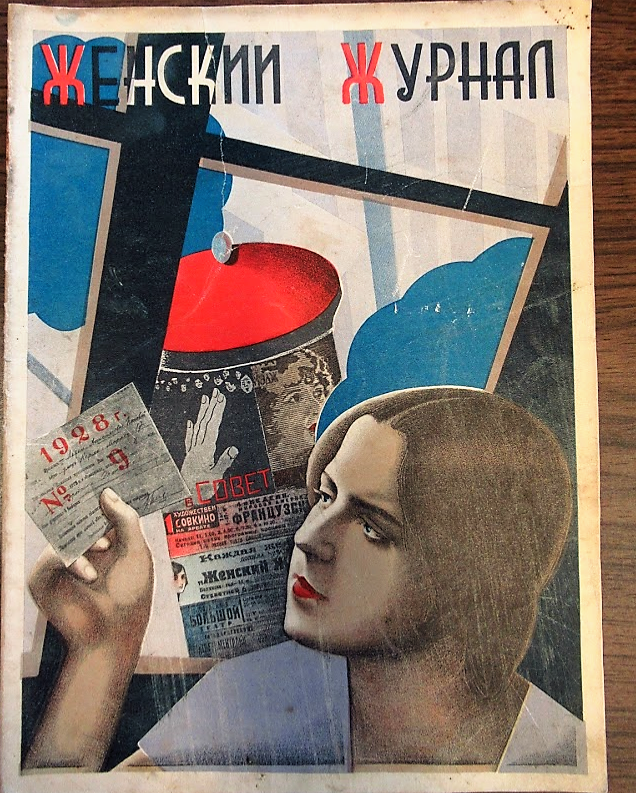