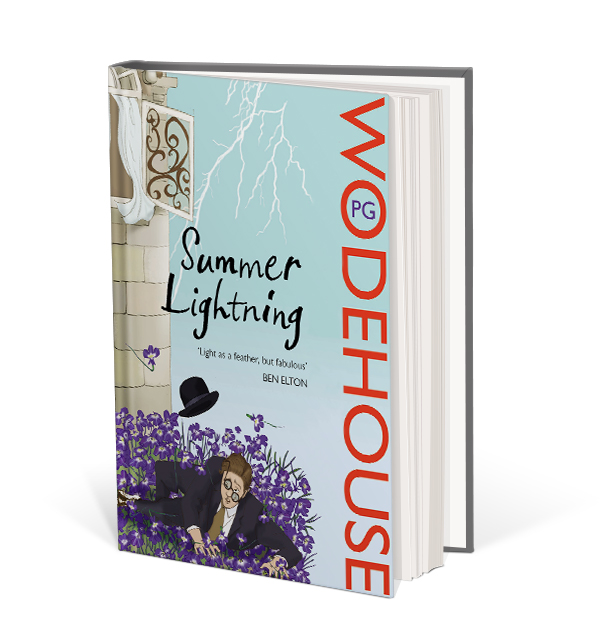 It’s not just P.G. Wodehouse’s hilarious wordplay shot through the story that makes Summer Lightning such a treat, but equally the marvelously crazy, kind of sweet, and always and ever idiosyncratic British world you get to enter when you pick up one of his books. But a warning: Don’t read this on public transportation because too much laughing might startle one’s fellow passengers.

For a curious modern reader, Wodehouse’s books brim with tempting allusions from the literature and popular culture of the Edwardian era, the 1910s, the Jazz Age, and all the literature an English schoolboy of the time would have had to read. Take for instance Lord Emsworth’s niece Millicent Threepwood in Summer Lightning. She is a classic Wodehouse heroine — feisty, pretty, sometimes terrifyingly capable, but absolutely volatile and a little insane (those last two traits — like every other Wodehouse character).

Nor will Summer Lightning disappoint Wodehouse fans as a class, because it has its wonderful share of 1. broken engagements, 2. purloined items, 3. butlers. Last, just by the way, see the Wikipedia article on the Empress of Blandings, the book’s pig. Especially read the parenthetical words under the pig’s picture; they seem to have been written by a true Wodehouse aficionado.

That’s it for the 2018 Summer Reading List! Tune in again next summer for more great reads.