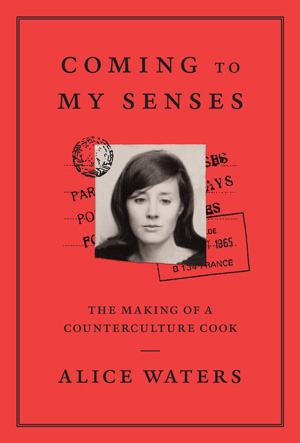 Moving to Berkeley in 1964 at the height of the Free Speech Movement and campus unrest, Alice Waters was drawn into a bohemian circle of charismatic figures whose views on design, politics, film, and food would ultimately inform the unique culture on which Chez Panisse was founded. Alice will sign copies of her new book at the end of the program.

Alice Waters ’67 is an American chef, restaurateur, food activist and author. She is the owner of Chez Panisse in Berkeley and the founder of the Edible Schoolyard Project. Alice is the author of 13 books. Her most recent, Coming to My Senses: The Making of a Counterculture Cook, will be released September 5, 2017 and is dedicated to the memory of the leader of the Free Speech Movement, Mario Savio.

Steve Wasserman ‘74, is the Publisher and Executive Director of Heyday Books and former editor of the Los Angeles Times Book Review. 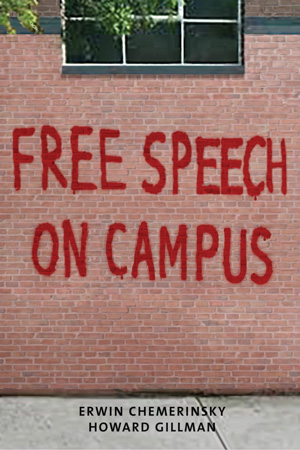 Free Speech on Campus
A Discussion with Dean Erwin Chemerinsky, Dean of Berkeley Law, In Honor of Constitution Day

In honor of Constitution Day, the Free Speech Movement Educational Programs Committee welcomes Dean of Berkeley Law Erwin Chemerinsky. In his new book, Free Speech on Campus, written with Howard Gillman, they argue that campuses must provide supportive learning environments for an increasingly diverse student body, but at the same time must never restrict the expression of ideas.

Chemerinsky previously was the founding dean, distinguished professor of law, and Raymond Pryke Professor of First Amendment Law at University of California, Irvine School of Law.

These events are sponsored by the University Library’s Free Speech Movement (FSM) Café Programs Committee. Both events are free, open to the public, and all are invited to participate. For more information: fsmprograms@lists.berkeley.edu.

The Library attempts to offer programs in accessible, barrier-free settings. If you think you may require disability-related accommodations, please contact us — ideally at least two weeks prior to the event: fsmprograms@lists.berkeley.edu, 510-768-7618.