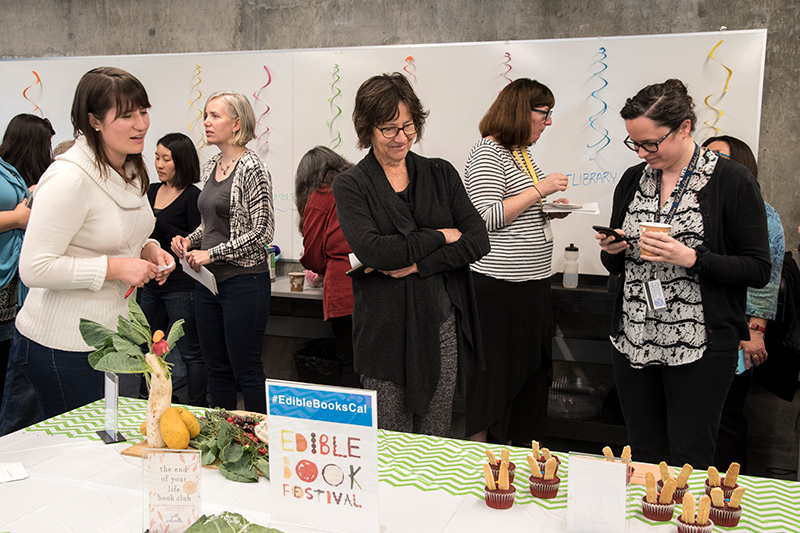 Does reading make you hungry? Have you ever wanted to eat a book? The Edible Book Festival is an opportunity to do just that (or to imagine doing it, anyway). This year’s festival, held on Monday, April 10 in Moffitt Library, was a display of culinary renderings of famous literary works. Entries ran the gamut, from “A Wrinkle in Thyme” (A Wrinkle in Time) to “Red Velveteen Rabbit Cupcakes” (The Velveteen Rabbit) to “Me Guac Pretty One Day” (Me Talk Pretty One Day). Some entries played directly off their book’s title, as in the case of an olive twist bread, while others made references to the content: a daikon radish boat sailing over a pile of collard greens (Love in the Time of Cholera).

Judges Julie Chen, Jean Ferguson, and Susan Schweik selected entries for the categories of Best in Show, Punniest, and Best Student Entry, and Most-Book-Like. There was also a People’s Choice award, for which the 80-plus attendees cast votes for their top three picks. Competition for this award was fierce: the winter was “Love in the Thyme of Collard Greens,” with “Olive(r) Twist” and “The Last UniCorn Dog” taking second and third place, respectively. “Love” also took Best in Show, while the corn dogs went home with Punniest.

Other winners were “The End of Your Leaf Book Club” (The End of your Life Book Club) for Most Book-Like, and “Rye + Pressed Juice = This” (Pride and Prejudice) for Best Student Entry. “12th Night” (Twelfth Night), and “Olive(r) Twist” (Oliver Twist) all took Edible Mentions.

The Edible Books Festival is held on or around April 1, which is the birthday of French gastronome Jean-Anthelme Brillat-Savarin, author of Physiologie du gout. The other, highly flexible rules of the festival require that all entries “. . . must be ‘bookish’ through the integration of text, literary inspiration, or, quite simply, the form.” It is an international phenomenon, with participation in Germany, Australia, Japan, and China, among other countries. This year’s festival was UC Berkeley’s first, but the judges, participants, and attendees are already looking forward to next year. 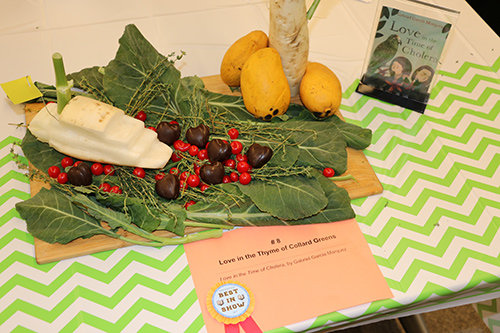 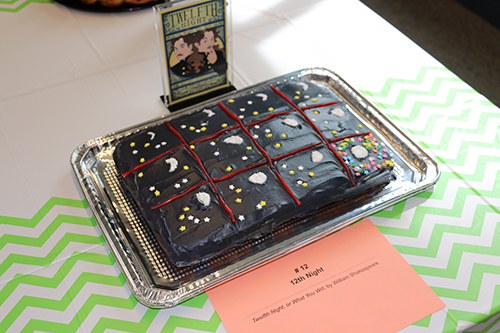