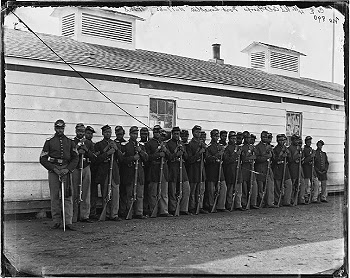 The Encyclopedia of African American History, 1619–1895: From the Colonial Period to the Age of Frederick Douglass focuses “on the making of African American society from the arrival of the black explorer Esteban, who came with the Spanish in 1527, to the death of Frederick Douglass in 1895…. Entries examine topics that include the laws creating slavery in the seventeenth century, important slave revolts and the slave trade (African and domestic), the antislavery movement, fugitive slave controversies, and the Civil War and Reconstruction.”

The Encyclopedia of African American History, 1896 to the Present: From the Age of Segregation to the Twenty-first Century focuses “on the making of African American society from the 1896 “separate but equal” ruling of Plessy v. Ferguson up to the contemporary period… [It] traces the transition from the Reconstruction Era to the age of Jim Crow, the Harlem Renaissance, the Great Migration, the Brown ruling that overturned Plessy, the Civil Rights Movement, and the ascendant influence of African American culture on the American cultural landscape.”

The Oxford African American Studies Center also includes access to thousands of primary source documents, maps, images, and biographical entries, and subject entries from multiple reference resources, including the two listed here. Searching and browsing can be done across the entire site or within the content categories.