We are proud to have helped bring text and image together through the loan of the Art History/Classics Library’s copy of Edward Dodwell’s A classical and topographical tour through Greece, during the years 1801, 1805, and 1806 to Gods in Color: Polychromy in the Ancient World, an exhibition at the Legion of Honor. 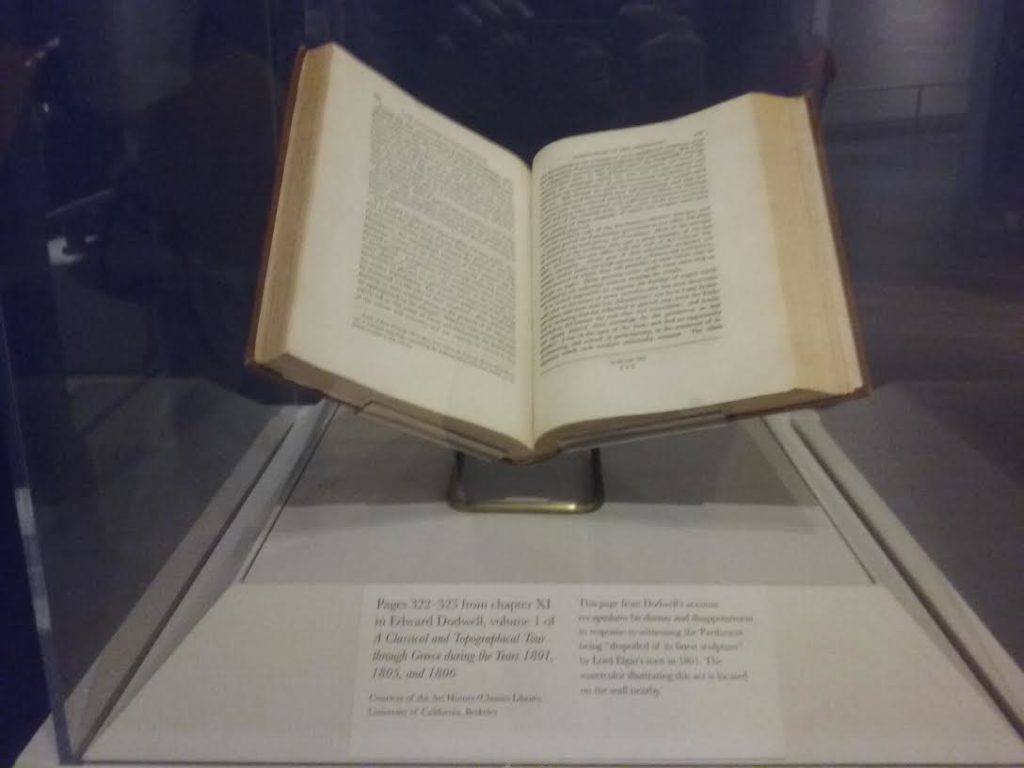 Volume one of Dodwell’s important book, which provides some of the earliest modern documentation of Greece’s archaeological remains, is displayed opened to page 322, which offers the author’s account of the removal of the Parthenon’s marbles by Lord Elgin in 1801. In Dodwell’s own words, “Some drawings which I made on the spot, before as well as after that event, shew the objects which have been taken away or destroyed, and the lamentable contrast between the present and the former appearance of those venerable and glorious monuments of antiquity.”

A watercolor by Dodwell and painter Simone Pomardi depicting the same event is presented beside the book, and the entirety of the room’s walls are dedicated to other illustrations by the traveling pair. 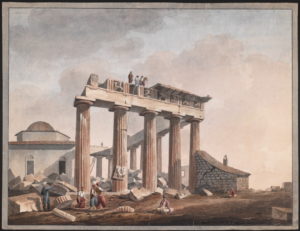 A classical and topographical tour through Greece may be read in its entirety at Internet Archive (vol. one, vol. two).  Gods in Color: Polychromy in the Ancient World will remain on exhibition at the Legion of Honor through Jan. 7, 2018. 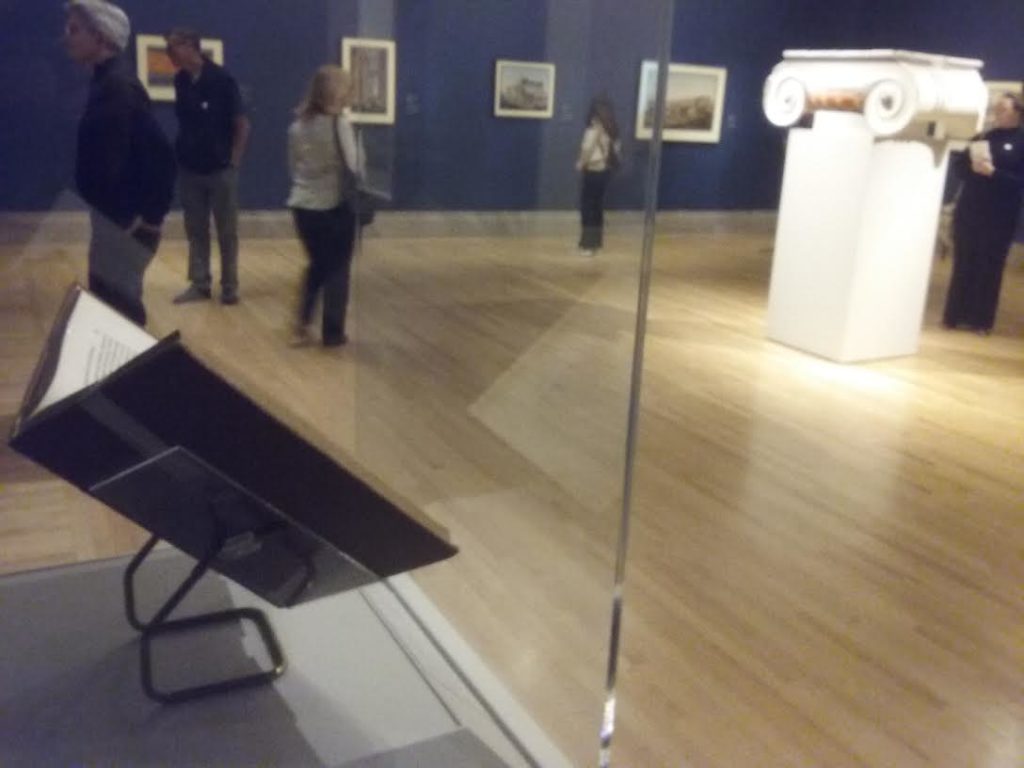 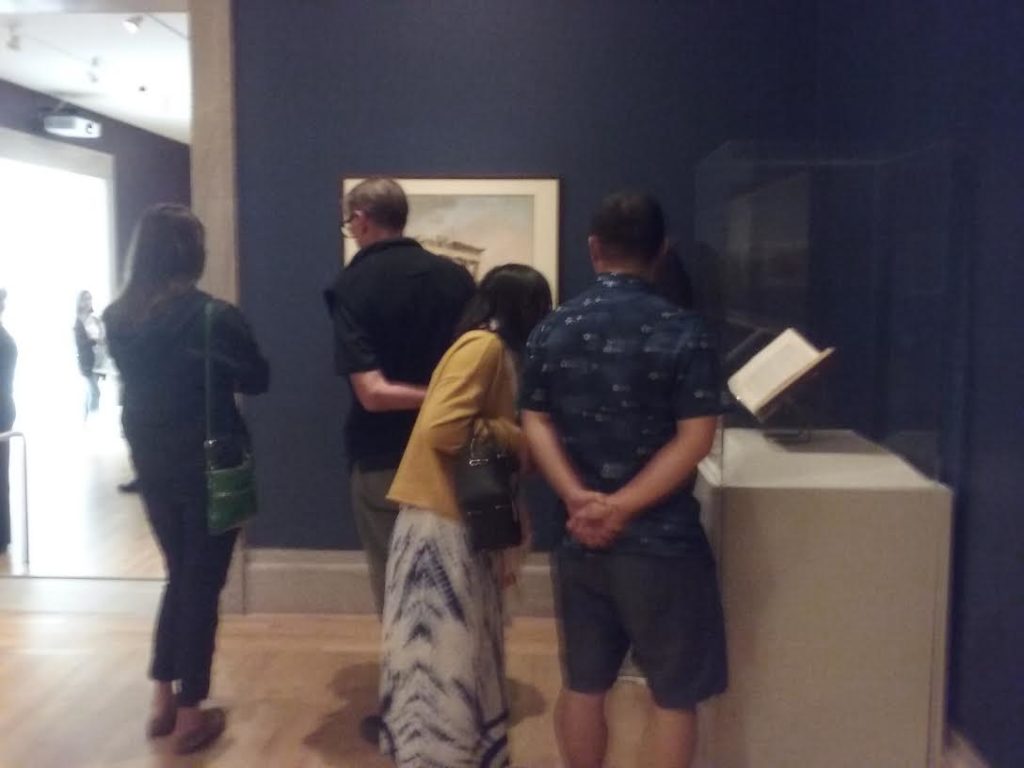