This is a third episode of Open Access in Latin American and Caribbean Studies Digital Resources. Today, I want to introduce the readers to the Costa Rican Historical Newspapers that have been digitized by SINABI Costa Rica. SINABI (Sistema Nacional De Bibliotecas: Costa Rica) is a system of Costa Rican libraries.

There are over 300 historical newspapers that have been digitized and ready to be used for research. These can be accessed here.

The site allows any user to download these as PDF files. For example, “Actualidades: bisemanario de la vida nacional.” This particular periodical was directed and edited by Francisco Soler and among his collaborators were Mario Sancho, Leonidas Pachecho, and Julián Marchena. It included political information. It began publication on December 4, 1916.

There isn’t evidence that the periodical is OCR’ed and can be cross-searched against the other digitized periodicals and newspapers. Nevertheless, Costa Rica’s 300 historical newspaper titles are available for academic research. 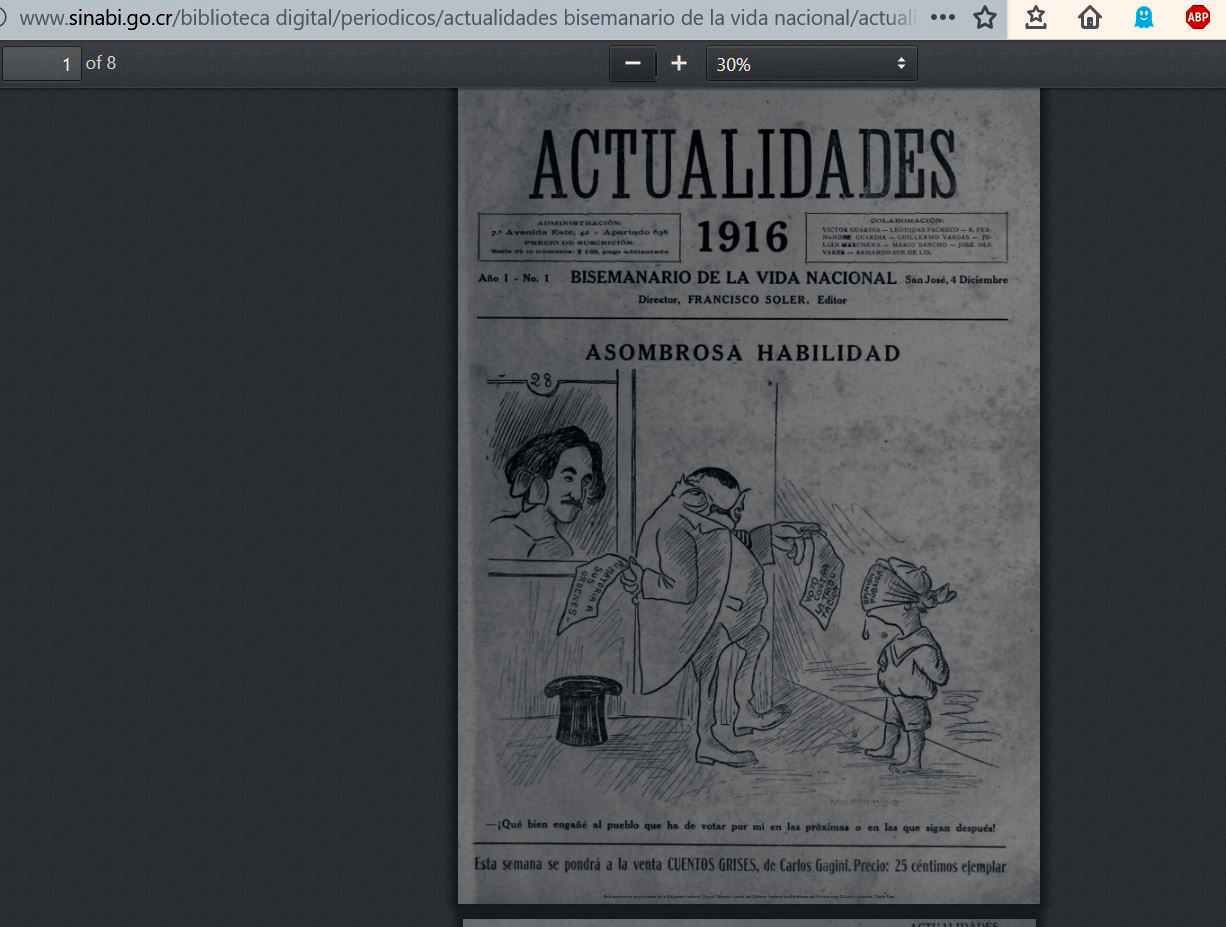