The Oral History Center is pleased to release our life history interview with Jesse Choper. Jesse Choper is the Earl Warren Professor of Public Law (Emeritus) at the University of California, Berkeley, School of Law, where he also served as dean from 1982 to 1992. 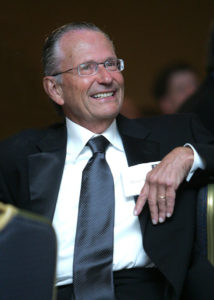 Choper was born in Wilkes-Barre, Pennsylvania, in 1935 to immigrant parents from Lithuania. He was educated at the University of Pennsylvania Law School, and alongside his studies served on the law review and lectured at the Wharton School. Following his graduation in 1960, he served as law clerk to U.S. Supreme Court Chief Justice Earl Warren. He has authored numerous influential books and articles on constitutional law, including the role of the Supreme Court, the religion clauses of the Constitution, the eleventh amendment, as well as casebooks on constitutional and corporate law. This autobiographical oral history covers the full sweep of his life and work as a legal scholar, educator, and administrator. In this interview, Dean Choper talks about his upbringing and evolving relationship to Judaism; his education and teaching experience and philosophy; his clerkship for Chief Justice Warren; the numerous complex issues he faced as faculty and dean of the law school; the issues behind his books and articles on constitutional law, including freedom of religion, the establishment clause, contraception and abortion, individual rights, federalism, and separation of powers; reflections on changes over the past several decades to the Supreme Court, tenure, and approaches to constitutional law; and his role on the California Horse Racing Board.

The Oral History Center has interviewed Dean Choper on two previous occasions, once for the Law Clerks of Chief Justice Earl Warren project and then again for the Athletics at UC Berkeley project.