Just like the books that they write, the destinies of authors are usually unknown. While their backgrounds influence their writings, the milieu in which they work provides a major impetus for their literary genius so that they can succeed not only in the strictly aesthetic sense but also commercially. I was intrigued by the last name of Elena Poniatowska and as a Slavic Studies Librarian for many years, her name resonated with me. And then came Princeton’s Latin American Studies Librarian- Mr. Fernando Acosta-Rodriguez who lifted the veil of my own perceived ignorance about the last names. I found out that her father was of Polish descent and her mother was from Mexico. I came to know about Elena Poniatowska and her writings through Fernando. I started to read her Domingo 7 and other stories. These stories indeed help me realize that the last names while important do not reflect the authorial intent or realities. I had almost forgotten about finding her again until late January of this year.

As a librarian, while our job consists of many different disparate activities from developing collections, providing instructions, and research consultations, we are also tasked with preserving our “distinguished collections.” Since I work at Doe Library, periodically, we review our collections as they exist in a protected milieu of Main Stacks. While conducting one of the informed searches in the stacks, I stumbled upon a copy (and I was alerted by a good soul who cares deeply for our collections) of Elena Poniatowska’s 1971 edition of La noche de Tlatelolco; testimonios de historia oral.

When I opened the book, I found a nice hand-written note by Elena Poniatowska whereby she had gifted this book to Donald Allen. Upon further search, I realized that his archival papers were not at Berkeley but at UCSD. And the box 21- folder 9 had some of the translations by Elena Poniatowska. The book itself is by Era Ediciones. Era Ediciones books represented a set of cultural signifiers that usually resonate with us as the Latin American Studies librarians. On top of that an inscribed copy, it was a sort of finding a gem in a mine. The book was offered then to our Bancroft library for protecting it for our future students. However, it was decided after discussion with the administration that it will be best to protect it in the Medium-Rare cage of the Doe Library. Below, is the picture of her inscription. 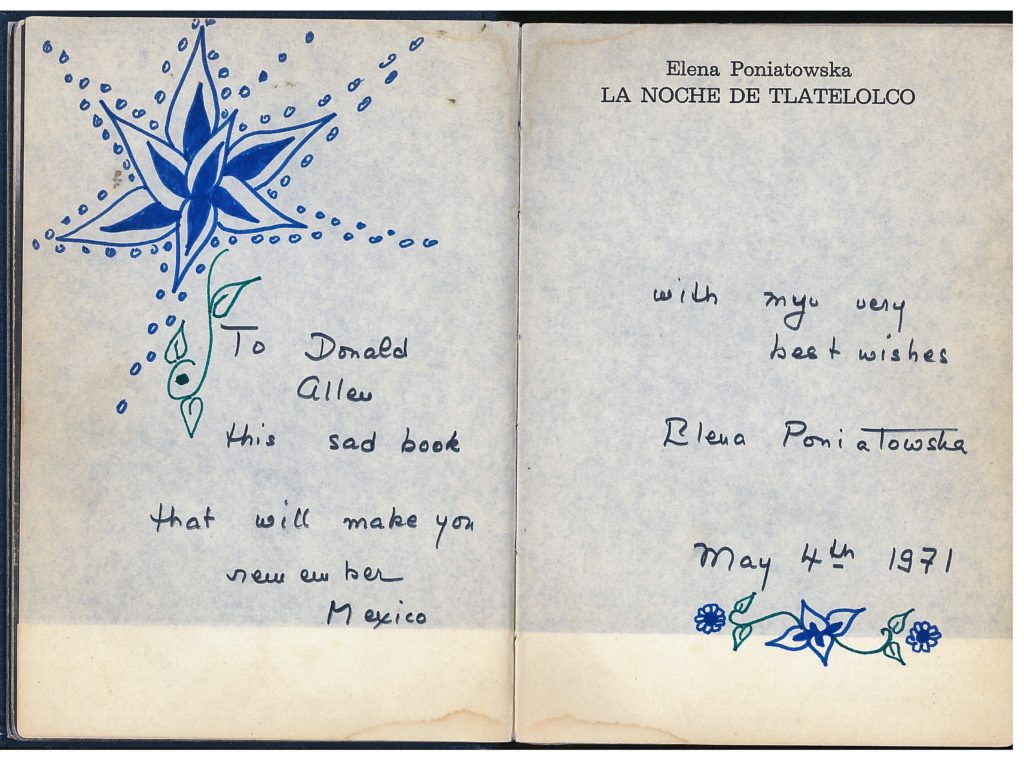 It is a pity that 1968 was a pivotal year in the history of humanity like everyother year is, however I did not pay attention to 1968 as my life continued through 2019… 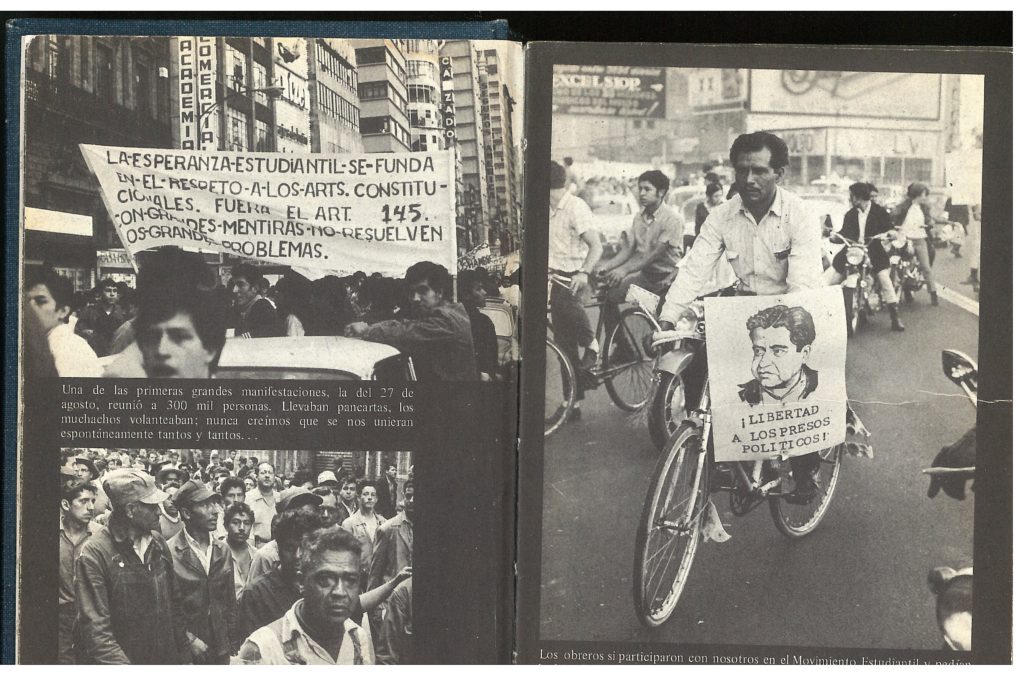