I had posted that Cuban luminary author Leonardo Padura Fuentes will be at UC Berkeley on October 26th. I was fortunate to attend this event. Below is one of the photos that I took during the event using my cell phone.

The author’s introduction was provided as follows, “Leonardo Padura, Cuba’s most distinguished living author, winner of numerous international literary prizes, including the Asturias Prize (called Spain’s “Literary Nobel Prize”), and author of several novels and essays, including the detective series The Four Seasons of Havana, which has also been adapted as a Netflix series, will read from his work and be interviewed on-stage on Friday, October 26 at 5pm in the Townsend Center’s Geballe Room at UC Berkeley. ” 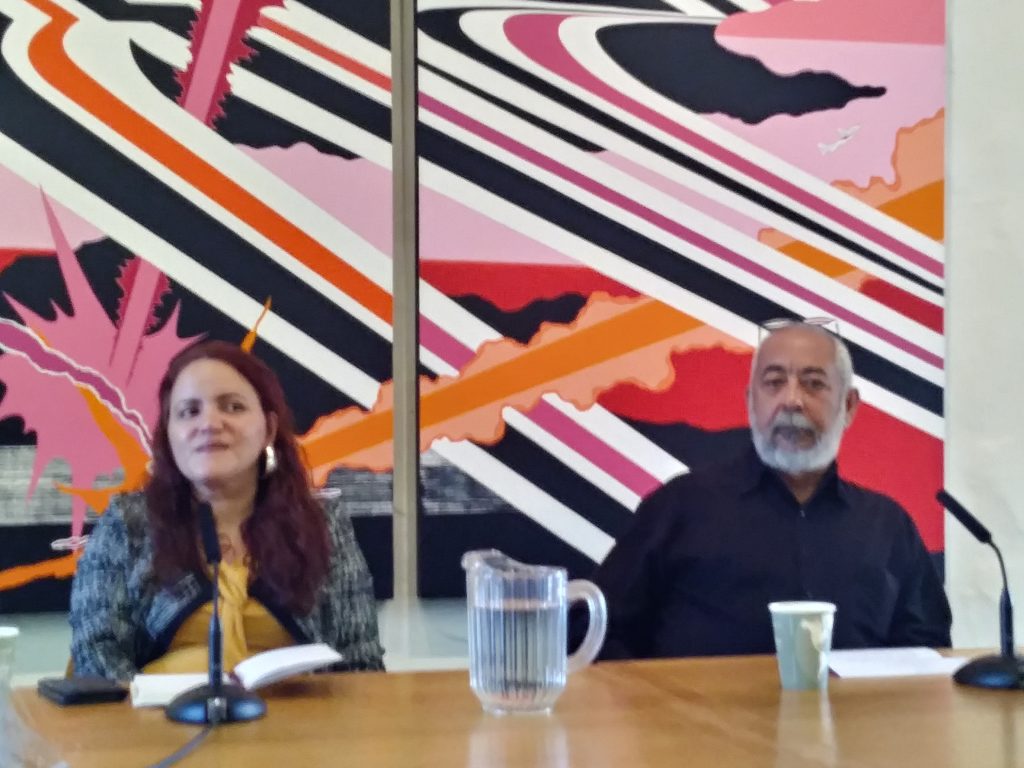