Please note: Paglen will be signing books after the discussion. 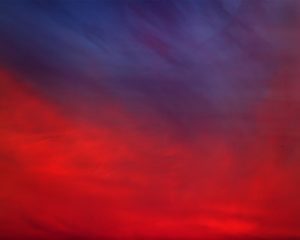 Trevor Paglen is an artist whose work spans image-making, sculpture, investigative journalism, writing, engineering, and numerous other disciplines. Among his chief concerns are learning how to see the historical moment we live in and developing the means to imagine alternative futures. Trevor Paglen’s work is included in the collections of the Metropolitan Museum of Art; the San Francisco Museum of Modern Art; the Smithsonian American Art Museum; the Whitney Museum of American Art; Berkeley Art Museum; the Solomon R. Guggenheim Museum, New York; Victoria and Albert Museum, London; and the Nevada Museum of Art. He has launched an artwork into distant orbit around Earth in collaboration with Creative Time and MIT, contributed research and cinematography to the Academy Award-winning film Citizenfour, and created a radioactive public sculpture for the exclusion zone in Fukushima, Japan. He is the author of five books and numerous articles on subjects including experimental geography, state secrecy, military symbology, photography, and visuality. Paglen’s work has been profiled in the New York Times, the New Yorker, the Economist and Art Forum. He is a 2017 recipient of the MacArthur Foundation Award.

Julia Bryan-Wilson is Professor of Modern and Contemporary Art at the University of California, Berkeley. Her research interests include questions of artistic labor, feminism, queer theory, fabrication/production, performance, visual culture of the nuclear age, photography, and textile handicraft. She is the author of Art Workers: Radical Practice in the Vietnam War Era (U California Press, 2009), Art in the Making: Artists and their Materials from the Studio to Crowdsourcing (with Glenn Adamson, Thames & Hudson, 2016), and Fray: Art and Textile Politics (U Chicago, 2017).  She is the editor of Robert Morris: October Files (MIT, 2013), and she has co-edited two special issues of journals: “Visual Activism” for the Journal of Visual Culture (with Jennifer González and Dominic Willsdon) and “Time Zones: Durational Art and its Contexts” for Representations (with Shannon Jackson). With Andrea Andersson, Bryan-Wilson co-curated the exhibition Cecilia Vicuña: About to Happen, which travels to the Berkeley Art Museum in fall 2018.  She is currently writing a book about Louise Nevelson.