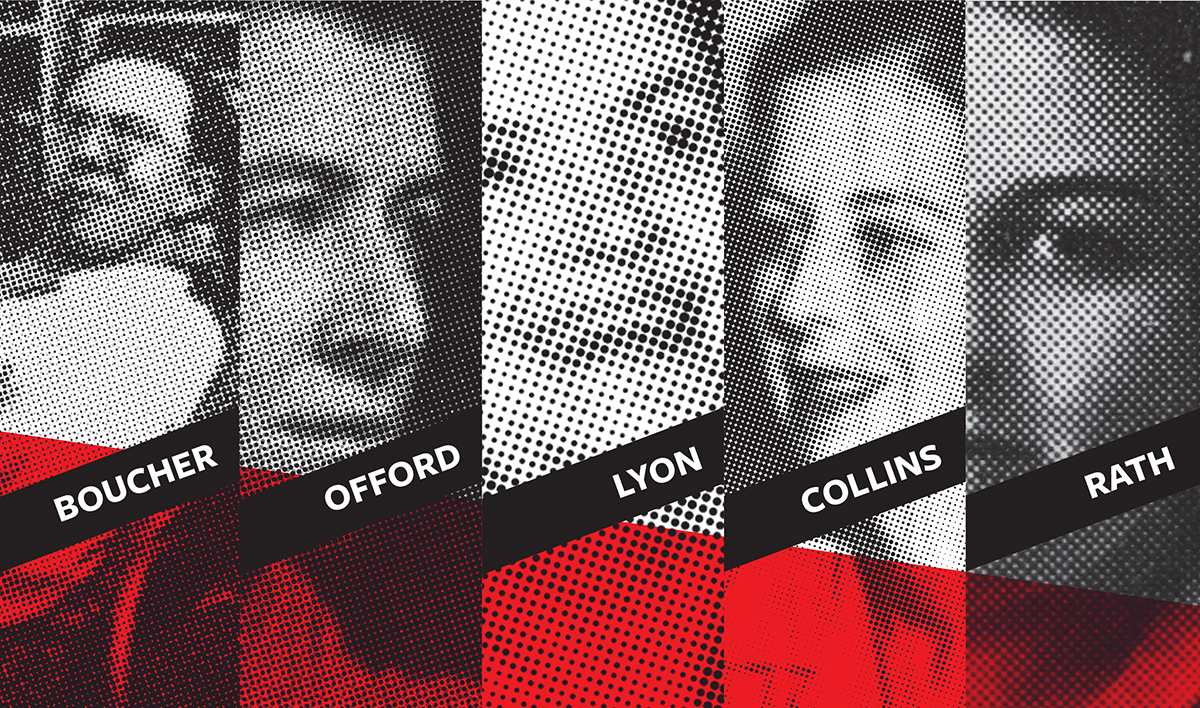 But for Randal Brandt, it does.

For the past few years, in addition to Brandt’s primary job as the head of cataloging at The Bancroft Library, he has curated Bancroft’s California Detective Fiction Collection, numbering about 3,000 mystery novels set in the Golden State or written by California authors.

A particularly significant item? A first-edition copy of Dashiell Hammett’s The Maltese Falcon. Although the book, which inspired the 1941 movie of the same name, starring Humphrey Bogart, doesn’t have its original dust jacket, “the title page is beautiful,” Brandt said.

“That’s definitely one of our collection highlights,” Brandt said.

The city of Berkeley makes appearances in a fair number of mysteries. For example, most of the action in Oakland native and longtime Berkeley resident Anthony Boucher’s first novel, 1937’s The Case of the Seven of Calvary, takes place on or near the UC Berkeley campus. (The Bancroft Library has a first-edition copy that the author presented to his mother.)

Even The Bancroft Library itself pops up in Julie Smith’s 1987 Huckleberry Fiend.

And in The Maltese Falcon, private detective Sam Spade sends his secretary across the bay by ferry to confirm facts with a UC Berkeley history professor.

“Part of what I love about mysteries is the sense of place — and what they say about the place,” Brandt said.

And it’s this place — in Berkeley at Morrison Library — that will serve as the backdrop for a night of mystery and intrigue Wednesday, featuring best-selling Northern California authors Laurie R. King, Sheldon Siegel, and Kelli Stanley. But more on that later.

Brandt’s own journey to Berkeley began in the late ’80s.

Before moving here in 1989 — after graduating from Fresno State and right before the Loma Prieta earthquake  (“We had earthquakes, too, but nothing like that one”) — he came to Berkeley to visit a friend who was living here.

He remembers riding on the back of his friend’s motorcycle, checking out used bookstores.

But his interest in books goes back even further than that.

“One of my earliest memories of reading mystery fiction was reading Agatha Christie novels,” he said. “My mom would check them out from the library for herself, then pass them along to me.”

“I remember going to the library and getting an armload of books,” he said, “and returning them to get another armload.”

Brandt earned his Master’s in Library and Information Studies from UC Berkeley in December 1990, and he began working at the Library the next year. He’s been here ever since. 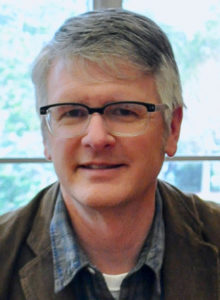 With his passion for mysteries, does Brandt think about penning his own?

“I have no inclination to write a novel,” he said, adding that he prefers writing about fiction. He has written introductions to works by the late David Dodge, his favorite author. (The Berkeley native wrote To Catch a Thief, which inspired the Alfred Hitchcock film of the same name.)

“I got this email from someone out of the blue,” Brandt said. “She had been a student here. She wanted to know if I knew about the murder.”

The murder she was referring to happened nearly six decades ago, in 1960.

The scene of the crime? Doe Library.

Brandt had known about it, albeit vaguely. But the email prompted him to dig deeper — and do some sleuthing of his own, uncovering information that he intends to draw on for an article he plans to write about the case.

The killer was a brilliant man — he began to read and write at age 3, and he skipped at least three grades in school, according to his mother’s testimony after the murder — but he suffered from mental illness and trauma, he later said, because of the racial differences in his family: His mother was black, and his father was white.

The victim was a woman with whom he was in love. The two had been students at UC Berkeley.

According Brandt’s research, the murder took place in what is now the Roger W. Heyns Reading Room, on the second floor of Doe Library. Based on photographs of the crime scene he dug up in the San Francisco Examiner Photograph Archive, and comparing them to contemporary photographs of Doe found in the University Archives, he now has a good idea of the exact spot in the room where it likely occurred.

As for the details? They’ll be explored in Brandt’s article.

Though the case is intriguingly layered — with elements of race, mental illness, and trauma — one thing is for sure: “It’s a tragedy from start to finish,” Brandt said.

A night of mystery

Brandt wears many hats — many of them the detective variety.

Brandt has created a bibliography, called Golden Gate Mysteries, that, although incomplete as yet, contains 2,300 titles set in San Francisco and the Bay Area.

In 2011, he co-curated an exhibit in the Bernice Layne Brown Gallery, called Bullets Across the Bay, which drew on the Library’s materials to highlight East Bay and San Francisco’s deep tradition with mystery novels, and he helped organize a night of readings by local mystery authors.

Wednesday’s event — called Crime Does Not Pay — Enough! — is part of the Northern California Chapter of Mystery Writers of America’s slate of Mystery Week events. Current and former MWA NorCal presidents Laurie R. King, Sheldon Siegel, and Kelli Stanley will read from the works of some of the founding members of the Northern California Chapter — works that Brandt hand-picked from the Library’s collection — as well as selections of their own works.

“We’re lucky to have so much literary talent in Berkeley and the Bay Area,” said Stacy Reardon, Literatures and Digital Humanities Librarian at UC Berkeley. “That creativity is fueled by an amazing history, particularly for the mystery genre. The format of Crime Does Not Pay — Enough! underscores the legacy that twentieth century detective fiction writers continue to have on some of its most successful authors today.”