by Sonia Kahn from the Bancroft Digital Collections Unit.

As another school year comes to a close, and the class of 2017 has walked through Sproul Plaza for the last time, now feels like the perfect opportunity to take a step back from the fury of finals and reflect. With the stresses of contemporary life – constant messages and emails to reply to, the morning commute, trying to precariously balance family and friends with work and play – it can be easy to get lost in a vortex of stress and responsibilities. But at times like these, when pressure becomes so prevalent, it is worth pausing to admire what surrounds us. Pardon the cliché, but it really is worth stopping to smell the flowers. So many of us pass through Sather Gate every day in a rush to get to class, but how often does one stop to truly appreciate the Gate, or the Campanile, or even just the lush greenery of the campus?

As a senior who has just graduated and is about to enter a new (and stressful!) phase of life, I thought it would be worth doing exactly that. In the quiet before the storm I decided that as one of my final blogs for the Bancroft, it might be nice to make a tribute to the campus, both for my sanity, and out of respect for the school that has been my home for the last four years. So in late spring, as the pressure mounted, I made my own effort to step back, further than most. Instead of admiring the campus merely in the here and now, I wanted to explore what had changed, and by the same token, what had stayed the same. The Bancroft houses the University Archives in which I found bits and pieces of what I was looking for. Photographs of the campus from as early as the 19th century. There were so many fantastic pictures in the collection – from a horse and carriage trotting along with South Hall, and her long forgotten sister North Hall, clearly visible in the background, to photos of a typewriter shop on Telegraph Avenue with old time 1950s cars parked out front. But I decided as a member of the class of 2017 that I would focus on the view of campus from a century ago, taken while the world was at war in 1917. After settling on this, I went out and retook some of the pictures we have from 1917 to find out exactly what had withered away and what had stayed in the hundred years since they were first taken.

I hope that in looking at these comparison shots, more people might be able to pause and collect their thoughts, even for just a few minutes, while reflecting on the beauty of the campus that we often take for granted. When we’re so caught up in the moment, taking notice of something like Sather Gate, which has stood in place for more than 100 years, might be our cue to relax. There are buildings and trees that have been here for generations. Manmade structures and nature alike have transcended time, and the Sather Gate I walk under today is the same one two little girls posed next to in 1917. Our campus is beautiful, and it is worth remembering that these buildings will outlast our stresses, just as they have for all the Berkeley alum and employees that have come before us. 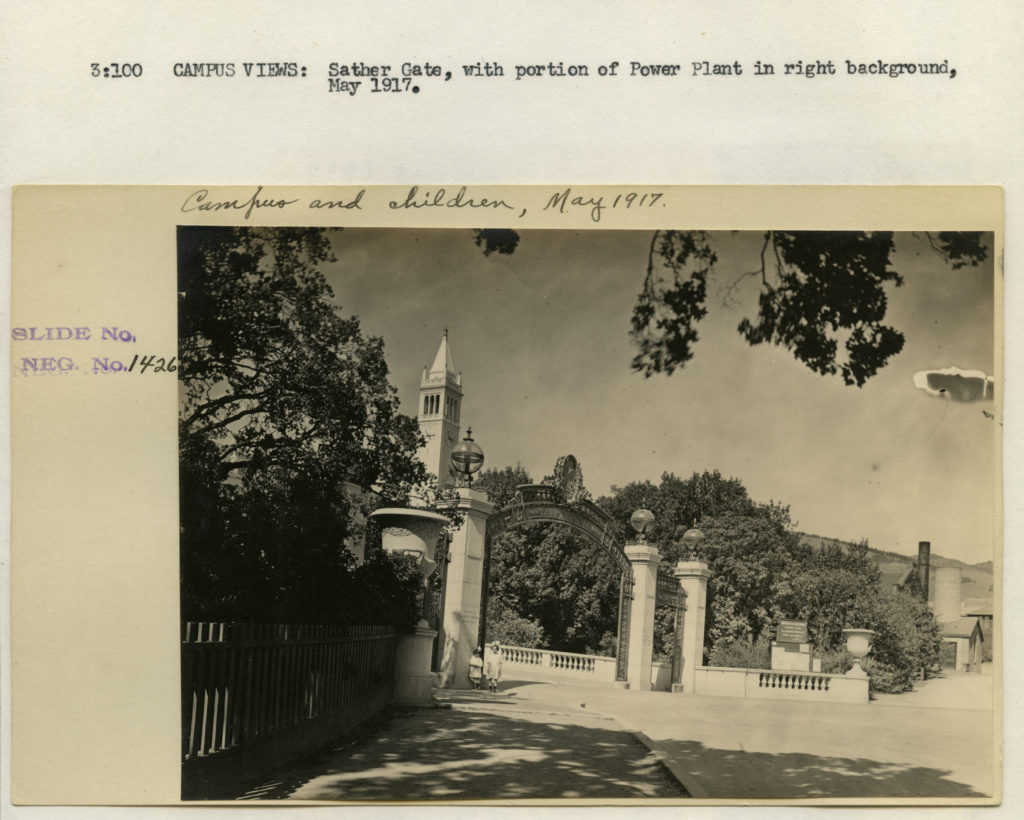 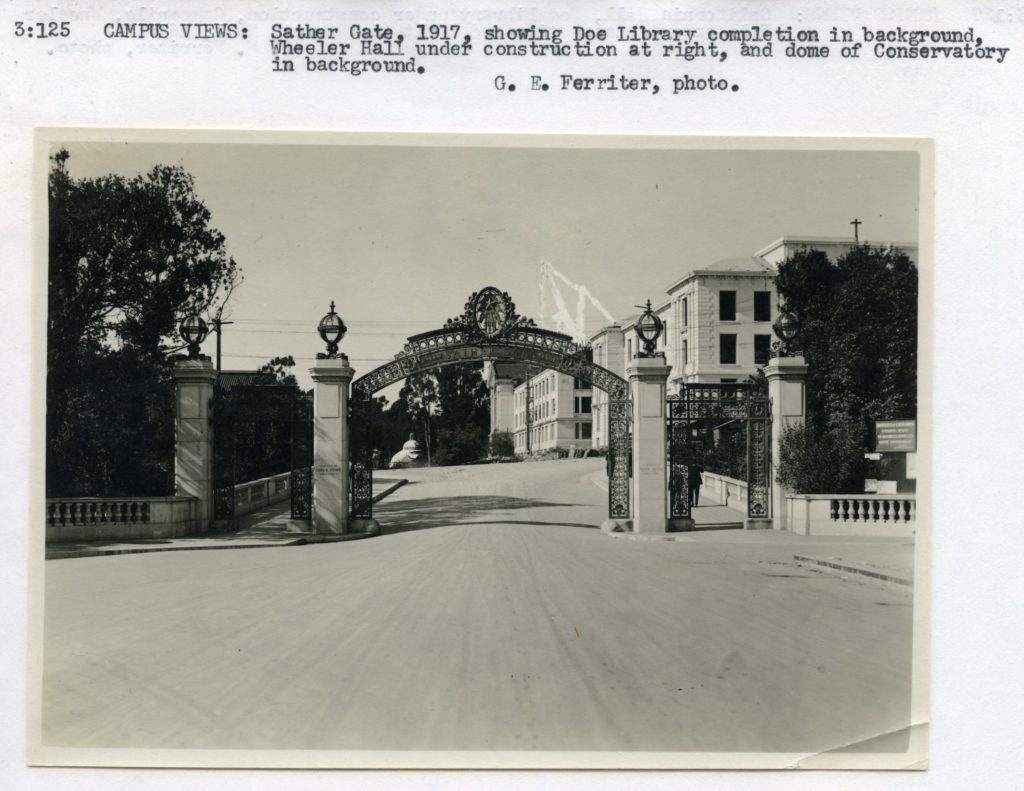 If you are interested in more photos of the Berkeley campus over the past two centuries please visit the Reading Room at the Bancroft Library.

Images are from the University of California, Berkeley campus views collection: http://oskicat.berkeley.edu/record=b16284958~S1