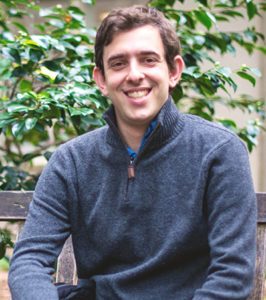 Zach Bleemer discusses how he used data science — thousands of computer-processed versions of annual registers, directories, and catalogs —  to reconstruct a near-complete database of all students, faculty, and courses at four-year universities in California in the first half of the 20th century, including the UC system. Visualizations of this database display the expansion of higher education into rural California communities, the rise and fall of various academic departments and disciplines, and the slow (and still-incomplete) transition towards egalitarian major selection.

Zach will also discuss his recent CSHE Working Paper, in which he uses additional digitized records to analyze the social impact of the early 20th century’s expansion of female high school science teachers and female doctors across rural California communities. He finds that newly-arrived female STEM professionals serve as important role models for young women in these rural communities, causing substantial increases in female college-going. However, these young women are no more likely to study STEM fields or become doctors themselves. He is currently extending these results to estimate ethnicity-based role model effects.
Zach Bleemer is a PhD student in Economics and Research Associate at UC Berkeley’s Center for Studies in Higher Education, where his research examines the educational and occupational decisions of young Americans. He has previously held senior research analyst positions at the Federal Reserve Bank of New York and Mathematica Policy Research, and has published studies of student debt, parental coresidence, and university attendance. He is also currently a Visiting Scholar at the Federal Reserve Bank of San Francisco and a Graduate Intern at the UC Office of the President.