It started with a tweet, back in July, by Berkeley City Councilmember Rigel Robinson (UCB 2018) describing the international newspaper display outside of Moffitt Library. 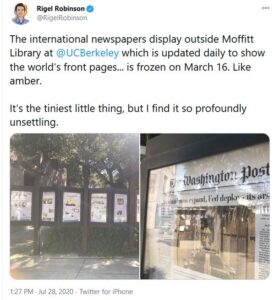 Robinson’s tweet got picked up by Berkeleyside, the online news source for all things Berkeley. The Berkeleyside story provided background on the international newspaper display in the plaza outside  Moffitt Library and the Free Speech Movement Cafe and spoke with our Social Sciences Division colleague, Glenn Gillespie, Reference/Government Information Specialist. 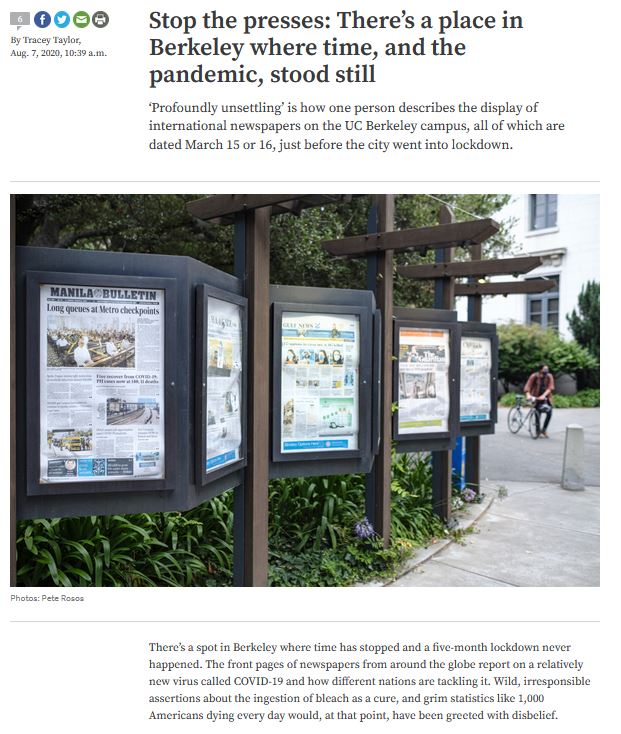 Just to play up the whole time warp/time capsule theme, it has been four months since this story appeared. And, at the time, it had been five months since the newspapers had been updated. Where exactly did 2020 go? Has it been the longest year on record? Or the shortest?