A large number of recent news items have reflected on our current crisis by looking to the past for comfort, commiseration, and even some answers. My own writing on this is no exception. However, we need to be very careful about how we use history to inform our current context.

I was recently asked this question for an article that just appeared in the Smithsonian Magazine. It’s a fascinating exploration of the politics of masks in California during the 1918 flu, and the fact that Mayor Davie of Oakland was jailed for not wearing a mask in Sacramento.  However, my statement at the end of the article, applied historically, is not correct by itself. I’m quoted as saying the gauze masks of 1918, “may not have been much use to the user but did offer protection to those around them.” I had in mind the ultimate public health lessons learned from the 1918 flu way down the line, in a study concluded a little more than ten years ago.

But back in 1918, public health leaders who studied the problem thought that the mask laws and mask use by the public were minimally effective.

This is from a study published in 1919 by the California State Department of Health. The above graph showed very little difference in death rates between Stockton, which mandated the wearing of masks in public, and Boston, which did not. So, early on, authorities were skeptical of the effectiveness of masks, but they also felt that masks were not used properly.

Part of the disappointment was that medical authorities had advised using medical gauze, which had a tighter weave than what most people understood as “gauze.” Then as now, not everyone had access to the personal protective equipment solutions that were recommended. People were using cheese cloth for masks, with predictable outcomes. The problem was the user. A more pessimistic appraisal of masks came in a study published in 1921 by physician William T. Vaughan:

“One difficulty in the use of the face mask is the failure of cooperation on the part of the public. When, in pneumonia and influence wards, it has been nearly impossible to force the orderlies or even some of the physicians and nurses to wear their masks as prescribed, it is difficult to see how a general measure of this nature could be enforced in the community at large.”

Mask skepticism was officially sanctioned by the Surgeon General of the US Navy in a 1919 report:

“No evidence was presented which would justify compelling persons at large to wear masks during an epidemic. The mask is designed only to afford protection against a direct spray from the mouth of the carrier of pathogenic microorganisms … Masks of improper design, made of wide-mesh gauze, which rest against the mouth and nose, become wet with saliva, soiled with the fingers, and are changed infrequently, may lead to infection rather than prevent it, especially when worn by persons who have not even a rudimentary knowledge of the modes of transmission of the causative agents of communicable diseases.”

“Epidemiological and Statistical Data, US Navy, 1918,” Reprinted from the Annual Report of the Surgeon General, US Navy, (Washington, DC: Government Printing Office, 1919) 434.

Although the Surgeon General of the US Navy acknowledged that wearing masks by hospital staff was good practice, “the morbidity rate, nevertheless, was very high among those attending the sick,” and may only have prevented infection from a direct, close hit from a cough or sneeze of a patient. The protocols followed in the contagious annex of the US Naval Hospital in Annapolis, MD, were sufficient to prevent cross-contamination of “cerebro-spinal fever” (aka meningitis), diphtheria, measles, mumps, scarlet fever, and German measles. Not so with influenza. In fact, the infection rate of staff was as high in the high-protocol wards as in the improvised hospitals. In one improvised hospital at the Navy Training Station in Great Lakes, IL., the infection rate was higher among those corpsmen and volunteers who wore masks than those who did not!

But what did all of this mean? Again, a discussion of a specific piece of technology by itself is not enough. This was not simply a question of “mask or no mask,” but of design, construction, supply, and use. The wearer needed to use a well-designed mask properly, and change masks frequently. Therefore, most of the expert complaints about masks around the Spanish Flu pandemic in the US seemed to be about the users and reliable access to steady supplies of properly constructed masks, not the concept of wearing a mask.

Indeed, that’s what the research team led by Howard Markel found when the Pentagon asked them to study the Spanish Flu pandemic. In 2007, they published their report on non-pharmaceutical interventions during epidemics and found that there was a “layered” effect of protection by using multiple techniques together: school closure, bans on public gathering, isolation and quarantine of the infected, limited closure of businesses, transportation restrictions, public risk communications, hygiene education, and wearing of masks.

So the key historical question here is not whether or not masks were useless. The broader, more troubling historical pattern that Erika Mailman revealed in her article is clear: the problem of public trust in public health. Some Americans, then as now, do not like being told what to do. 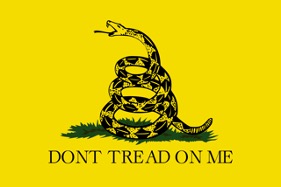 They especially do not like being instructed by “experts.” Americans arguably had more respect for expert authority during the flu pandemic than they do now, but even then, some would wear masks in public to comply with the law, then remove them when they went indoors, in close quarters with others and with poor air circulation, when they needed protection the most. Mayor Davie’s casual rebellion aside, citizens might grudgingly comply with the letter of the law, but not its scientific spirit. I’m reminded of a recent TikTok video of a woman in Kentucky who entered a store wearing a mask with a long slit around the mouth because it “makes it a lot easier to breathe.” Another problem, then as now, was that the right equipment in a time of crisis was unavailable. So people made masks with what they had available. But a cheesecloth mask was probably worse than no cloth, especially if they touched it frequently and changed it rarely.

A public health technology such as a mask is not just a simple, inanimate object. It’s the care with which it is designed and constructed; it is the infrastructure that can assure a steady, sanitary supply; it’s the use of one technology and practice in conjunction with others, and it is especially the informed users who take responsibility for their own health and those of their fellow Americans. Going back to the graph near the beginning of this blog post, we see that the curve of the death rate was bent by this layering of multiple public health interventions. Masks were not used widely and well enough to make much of a difference, but public health authorities tended to believe in their effectiveness for front line workers exposed to the worst of the flu pandemic. If we invested more in public health research, primary health care, and public health education, we could improve even more the quality and quantity of these layered non-pharmaceutical interventions, which worked together in 1918-19 and which are working now. We can do better with building our communication and trust so that all of these measures can work together. But for them to work together, we have to work together.