Cal alum Nicole Ranganath’s documentary on California’s Punjabi community recently premiered on PBS. Currently an Assistant Adjunct Professor of Middle East/South Asia Studies at UC Davis, Ranganath joined the Oral History Center of The Bancroft Library at our annual Advanced Oral History Summer Institute in 2015. She was working on a project about women in California’s Punjabi community, and looking to deepen her interviewing skills. Since then, her project grew into a documentary film, Walking into the Unknown, which features 24 life stories of women from this community. We caught up with her to discuss her use of oral history, the film, working with students on the interviews, and why the time was right to do this project. 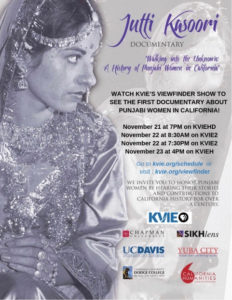 Raganath: As a Cal alum who worked at Bancroft library as an undergrad, I was already familiar with the great work at the Oral History Center.  When I started planning my ambitious project documenting the history of California’s Punjabi community, I found the Summer Institute online and signed up!

Q: You were working on an oral history project about women in California’s Punjabi community. Tell us a little bit about the project.

Raganath: This is the first documentary that focuses exclusively on the untold stories of women in the Punjabi American community of northern California over the last 110 years. Walking into the Unknown features interviews with Punjabi women from diverse backgrounds about their lives, including growing up in India, marriage and family, journeys to the US, and their professional careers. Their extensive contributions to the Punjabi American community and the broader American society have remained invisible. The women also offer compelling eyewitness accounts of major historical events, such as the 1947 Partition, in which over 14 million people were displaced and over one million murdered in religious violence. The project is funded by a grant from the California Humanities, as well as support from UC Davis, Sikhlens and the Punjabi-American community.

What made the project even more poignant is that there was a very narrow window of time in which we could give women a platform for sharing their life experiences.  In December 2017, we completed 24 life history interviews on film in Yuba City, Sacramento, Davis, San Francisco, Fremont, and San Jose in just SIX DAYS! Over the last year, the health of three of the elderly ladies was declined so rapidly that they would no longer be able to be interviewed, and sadly one woman passed just away last month.

Q: What did you learn at the Summer Institute that helped you develop the project?

Raganath: The Summer Institute offered a holistic approach to thinking through and planning every aspect of my oral history research.  Two aspects of the SI stood out — [OHC Director] Martin Meeker’s help thinking through the agreement process between UC Davis and the partner community organizations, and brainstorming with other participants about their projects.  I learned so much from my colleagues.

Q: The project grew into a documentary, Walking Into the Unknown, which features in-depth life stories of 24 women that were interviewed. What was it like to turn these interviews into a film?

Raganath: When I embarked on the oral history research, I didn’t initially intend to create a documentary.  With the tremendous support of Sikhlens and the Punjabi community, I got the courage to try to create a documentary film.  I’m partnering with the UC History/Social Science Project to integrate the film into K-12 classrooms throughout the state. I encourage other oral history researchers to harness the power of the film medium to share these compelling stories with the general public.  I’m very passionate about informing the general public about the Punjabi community’s presence in our state since the 1890s. Most people think South Asians arrived recently in California since the 1970s, but this vibrant community helped build our agriculture, our economy, our railroads, and have contributed to every aspect of our public life.  For instance, Dalip Singh Saund was the first Asian American, the first Indian American, and the first Punjabi Sikh to be elected to the US Congress (1956).

Q: How did you adapt the interviews for film?

Raganath: One of the greatest pleasures of this project was creating a summer seminar with 10 students (mostly female Punjabi undergraduates at UC Davis), but also a masters student and a high school student.  The students helped translate and transcribe the interviews and within one month they created 800 pages of single-spaced transcriptions of the interviews. We also met each week during the summer to discuss our responses to the often highly emotional interviews with the women.  The student feedback greatly influenced my editing process. I was very concerned with capturing the diverse experiences of older pioneer women while also engaging young people to take interest in this history. Editing all of the footage to a short program that is 26 minutes and 43 seconds was not easy!  I also greatly benefited from feedback from the other Punjabi women on the planning team who grew up in Yuba City and who were the daughters of some of the pioneer women interviewed in the film — Raji Tumber, Sharon Singh, and Davinder Deol. In short, the editing experience wasn’t easy but the community collaboration and engaging students in the process really helped.  The editing team at Sikhlens, especially Hansjeet Duggal, was wonderful to work with as well. The KVIE team also provided invaluable feedback, including Michael Sanford, David Hosley and Alice Yu.

Q: The film premiered at Sikhlens Film Festival in LA in November. What was the reception? Did any of the audience members discuss the use of oral history?

Raganath: The reception at the Sikhlens Film Festival was incredibly positive.  Nearly 40 community members, including one of the key pioneer women (Mrs Harbhajan Kaur Takher) attended the premiere.  I brought the women involved in the project on stage to honor them. Mrs Takher received a standing ovation.

On November 21, 2018, Walking into the Unknown was broadcast on our local PBS station, KVIE, on their Viewfinder show.  You can watch it at kvie.org/viewfinder.  The program will rebroadcast on KVIE in April and will be uplinked to other PBS stations nationally later this year. There will be a community screening at the Yuba City Sikh Temple on Sunday, March 17 at 2 pm on Tierra Buena Road. The film will also be screened at the UC Davis South Asia Film Festival on Saturday, May 4 at the International House in Davis. It was very touching to see these courageous women get publicly acknowledged.

Q: What’s next for you? How do you hope to continue using oral history in your work?

Raganath: For this project, I’m finishing part two. We’re in the middle of creating a “women’s gallery” on the existing UC Davis Pioneering Punjabis Digital Archive (pioneeringpunjabis.ucdavis.edu).  These women’s stories, including video and audio clips, will be ready by June 2019 for anyone in the world to watch and enjoy. I’m also submitting an article about this project for publication. After that, I’m continuing my oral history work on a book about Sikhs who served in the British colonial administration in Punjab, Fiji, and Africa but then later settled in Yuba City, CA. 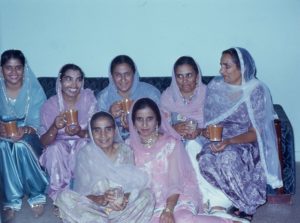 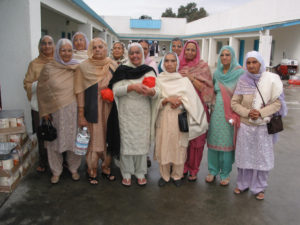 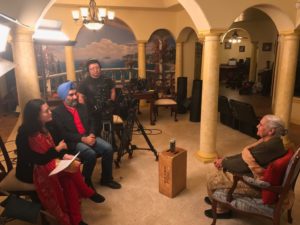 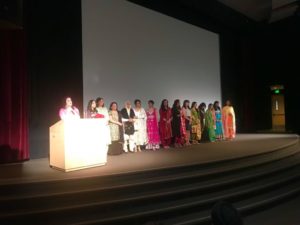